Okay, that’s long enough to have that review at the top of this page...

Time to say something worth the price of admission*...

But first, just to annoy Laura, a photo of a kereru eating broom leaves:

Does this photo (taken Sunday at Zealandia) remind anyone else of those pigeon gangsters on Animaniacs? 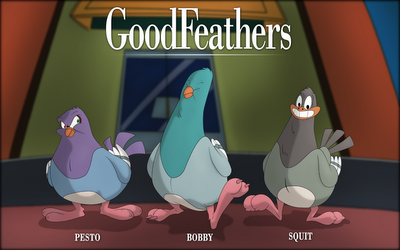 It wouldn’t be a blog post without a picture of a bird and a YouTube link to a Hip song...

I guess that means it's now time for a list...

Speaking of To Do’s

It’s less than three weeks to the first of November. Back in March I kinda sorta committed to send my publisher a first draft of THE NOVEL on 1 November. This still left a few months for “refining” before “serious editing” (i.e. someone else holding the red pen) and hopefully publication “towards the end of 2012”. A month and a bit later I went down to two days a week at my day job, but also got a bit distracted by my first two writers festivals (Auckland and Sydney) and some of the stuff that came after that. But still, I managed to make some good headway with THE NOVEL.

When I gave my editor (and y'all) a status update on 1 August I said, “I should have between 70 and 80,000 words by the start of November. The question is whether 70-80k will represent a finished draft, or if the novel will be a bit longer (it won't be War and Peace or anything). As I get further into the next section, I should have a clearer idea of the shape.”

Soon after this I cut 7,500 words from the opening and found out my second section was actually my third and had to write a new second section, which poured molasses all over the momentum I’d built up.

This past week I have been forced to research things such as the symptoms of lead poisoning, what cargo, if any, tea clippers took to China and whether figureheads were hollow in the 1870s. The research is still kind of fun, which makes me think I must be doing something wrong. The fact I’m not adding to my word count significantly most days is a frustrating, though. And if it all means I miss my window and the book isn’t ready in time to come out in 2012, that’d be a bit stink. But all these current labours are necessary. Cutting those 7,500 words back in August was necessary. The massive rewrite of some section I’m currently okay with but will wake up one day and realise needs to change will be necessary. Because there’s no way I’m rushing this story between two covers if it isn’t ready. If it isn’t right.

Or as right as I can make it.