My favourite albums of 2013

Yes, I said in my last post that I was over year end lists. And yes, I insist every year that it doesn’t really matter when something (a book, an album, a new hybridised stonefruit) is released, just when you first encounter it. But I’m gonna go ahead and post about my favourite albums that were released in 2013 anyway.

Why? Because, as I’ve mentioned before, Spotify has helped reawaken my interest in new music. And you can’t get newer than the last 12 months. (I guess I could post a best albums of 2014 post… but let’s keep our heads, shall we.) So listen along on Spotify while I wax fanatic about eight records I liked...

Album of the Year 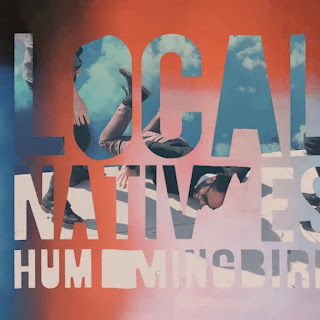 Sometimes it takes seeing a band live to elevate their music, in particular their latest album, from good to great. Maybe it’s verging on homerism to suddenly love a band that you paid $$ to see. I don’t care. The Local Natives gig I caught in New Orleans was a top five lifetime gig. It was incredible how the band were able to replicate the vocal harmonies on their two records live, while also engaging with the crowd and building to crescendo after crescendo while circumventing the law of diminishing marginal returns.

Hummingbird is similar in many ways to their 2010 debut Gorilla Manor. At times it’s as if their lyrics are an exercise in writing with a restricted vocabulary (Q: How many times can you reference the sun on two albums? A: 15 times across 6 songs).

But the more time you spend with Hummingbird the deeper and sadder it gets. Kelcey Ayer lost his mother between albums and this is the emotional bassline for the album. Lyrics like ‘Every night I ask myself, am I loving enough?’ might bring me out in hives if read in isolation, but in the context of Hummingbird, they kill me. In a good way. 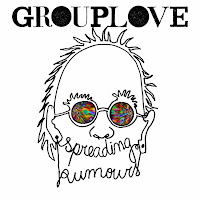 While many of the albums on this list take themselves seriously, perhaps too seriously at times, Grouplove’s second album is fun. You can hear a) that they had fun making it and b) they’d be fun to see live. 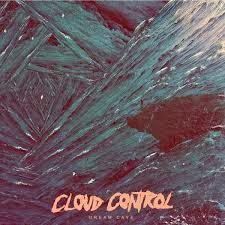 First thing: I love this band’s name. I came across them while toliing away at a story about a cloud seeder (yes, that story – still a work in progress) so I was predisposed to like these New South Welshmen. And it’s great writing music. And great put-an-album-on-while-you-play-duplo-with-your-daughter music. 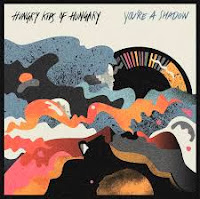 Hungry Kids of Hungary - You're a Shadow

First thing: I hate this band’s name. And on first listen they sound A LOT like Vampire Weekend. And while lots of people lauded VW’s Modern Vampires of the City in 2013, I left me cold. You’re a Shadow is zanier, happier and (that word again) more fun. 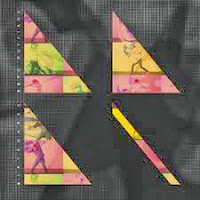 Similarities again: When I first started listening to Birthmarks, I couldn’t get past the Fleet Foxes similarities. A funky Fleet Foxes, which is a bit of an oxymoron (a foxymoron?), but still. As the album progressed, and the number of listened increased, these aural similarities faded. 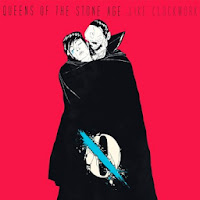 So, this surprised the heck out of me. I avoided listening to this album for months. QOTSA’s previous two albums were beyond disappointing to this former fan (I’m a bit of an oddity in that I reckon the high point of Josh Homme’s career and the desert rock genre are Kyuss’s …And the circus leaves town and QOTSA’s self-titled debut). They were unpleasant and unpleasurable to listen to. But when I kept seeing …Like Clockwork appear in best of 2013 lists, I decided one listen couldn’t hurt. And gosh, if Josh Homme didn’t get his swag back / pull his head out of his bass amp. It’s still dark and sleazy and slow (excuse me while I go boogie to ‘If Only’), but suddenly this shtick of the last five-to-eight years doesn’t wear on me. It actually sounds good! 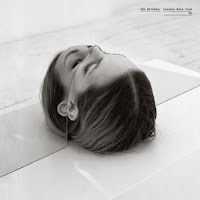 The National - Trouble with Find Me

Unlike Queens of the Stone Age, The National haven’t declined in my estimation since their high point (2008, the year I discovered them). Some people thought High Violet was disappointing (not me) and some think the same about Trouble (again, clearly, not me). While it mightn’t have the knockout tracks that Boxer did, and it seems they’ve put to bed the kind of manic, Black Franciscan breakout/breakdown choruses of Alligator and it predecessors, The National still make great music to sit alone in your room to. That’s a huge market these days and I’m old enough to know that a band getting bigger doesn’t have to mean you have to disown them. 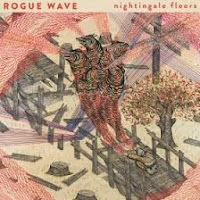 Rounding out my top eight (there were a bunch of other albums I liked / listened to a lot, but these eight were clearcut) is Rogue Wave’s fifth album. I saw these guys open for Nada Surf in Glasgow in 2008 and was nonplussed. I’ve listened to their previous albums and always felt they were a bit meh. But Nightingale Floors is a compulsive listen. It’s got a great opener (‘No Magnatone’) and something approaching a hooky single (‘College’). Maybe something’s clicked for Rogue Wave, or for me. Maybe it’ll unclick for their next album. Oh well, Nightingale Floors is enough to be thankful for.

Okay, so that's a lot of (mostly) men making beard-stroking music in bands. What were your faves last year? Or from the first two weeks of 2014 even?
at 8:45 PM