In May I wrote about how the launch of Spotify in New Zealand had aboosted my waning interest in 'new' music. By new music, I don't just mean new bands, but new albums by artists I already liked (or even trawling through artist's back catalogues). My iTunes library had reached critical mass. I had days upon days of songs to listen to, comfortably, familiarly. But Spotify came and made finding new artists as easy as clicking "Start Artist Radio".

So, for the first time since I started blogging in December 2007, I feel like I can do something similar to my annual best books list. This time I'm going to split up my top 11 'new' albums (10 just wasn't enough) into three categories...

You can listen to a track from each album in the following playlist:


Albums released in 2012 by artists that were new to me 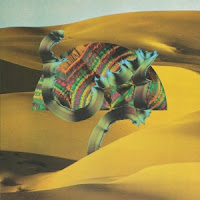 This album sits alone in this category, because it's so good it deserves this kind of acknowledgement, but also as a lot of the new-to-me bands I listened to and enjoyed (Said the Whale, The Wooden Sky, Immaculate Machine, Margot and the Nuclear So and So's, Local Natives, Hey Rosetta!, Great Lake Swimmers) kind of blurred into one another. Some didn't release a new album in 2012. Some did but I didn't listen to it, or liked an older album better.

Django Django encountered none of these problems, in part because their self-titled album was their debut. But also because it was distinct in its funky fusion of sounds. In some ways, Django Django is a mid-point between my two favourite albums of 2011 (the African-inspired, loopy, mad WHOKILL by Tune-yards and the pop-gospel of the Fleet Foxes' Helplessness Blues).


Albums released in 2012 by artists I'd listened to before 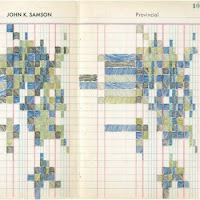 The Weakerthan's frontman's first full length solo album is as good as a full-blown Weakerthans album. It's got great punk-pop songs like 'When I write my masters thesis' and 'Cruise night', and more mellow gems like 'Heart of the continent' and 'Letter in Icelandic from Ninette San'. 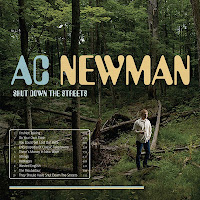 Okay, so 2012 seems to have been the year for solo albums from Canadian frontment. The New Pornographer's Newman also released The Slow Wonder in 2004 which I've listened to quite a lot on Spotify this year. Shut Down the Streets is up to the quality of a New Pornographer's album and features some great songs, none catchier than 'Encyclopedia of Classic Takedowns.' 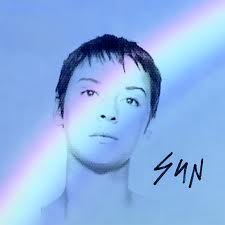 I must confess to never really liking Cat Power that much until this year. But something clicked with Sun. The first three songs on this album were enough to convince me I was in the presence of greatness (more so than simply titling her 2006 album: The Greatest). I haven't gone back through her other albums to see if I've grown into them yet, but there's plenty of time for that. 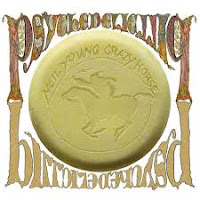 Another Canadian (and kinda solo act). This time, though, I already liked Neil Young. I particularly like his scungy, messy jam records with Crazy Horse and Psychedelic Pill goes out of its way to over-deliver (the opening track. 'Driftin' Back' is 27 minutes long). Sure, there's nothing that new here, but I'll take Neil Young noodling on the guitar and coming back to the mic ever four minutes to get all curmudgeonly any day. 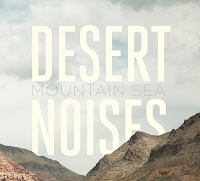 Desert Noises were another new discovery for me in 2012. Like a more straight ahead version of My Morning Jacket, or a less insipid Band of Horses. Desert Noises debut album is a strong one, with 'Your Wolf' being the absolute standout track. 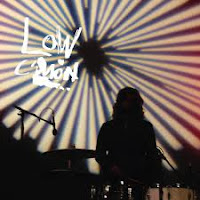 I'd listened to the odd Low track on compilations over the years (they seem to regularly pop up on Uncut's end of year Best Of's) and I must have borrowed 2005's The Great Destroyer from the library at some point, but 2012 was the year I got into Low in a big, big way. When I had three months left until the deadline for my novel, I started listening to Low and three months later I had churned out the required 30,000 words (and edited the whole manuscript a couple of times) and Low was still on heavy rotation. Something similar happened in 2008 when I started listening to the National and wrote like stink.

C'mon gets the nod here because it's their most recent album and it's also bloody great. 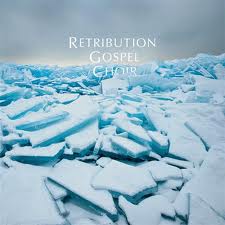 My Low obsession led me swiftly to frontman Alan Sparhawk's collaboration with Mark Kozelek of the Red House Painters and Sun Kil Moon. By the time they came to record their first full length album, Kozelek had stepped down from guitaring duties to act as the producer, but it's still surprising how hard this album rocks, given those involved. Tis a thing of beauty. 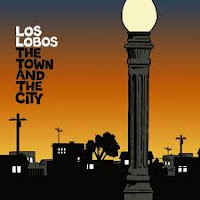 Los Lobos is another band I first encountered on an Uncut Best Of ('Burn it down' on 2010's compilation). Turns out, they also performed 'La Bamba' on the Richie Valen's 1987 biopic (which is still their biggest hit by most metrics). While Los Lobos has been around forever, they've grown into their sound and indie music has grown too, so that this Chicano rock band sounds as fresh and current as any new band with Wolf in their name. The Town and The City is an amazing album from the first track to the last. 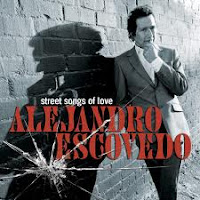 Keep those connections rolling: before 2012 I'd only heard one Escovedo track ('Crooked Frame' on a RYKO compilation I think). Loved the song, never had a chance to delve deeper into his work until Spotify. Like Los Lobos, he's been around a long time. His most recent album, Street Songs of Love is classic Escovedo and sounds like a cross between The Hold Steady, Warren Zevon and, funnily enough, Los Lobos. Great stuff. 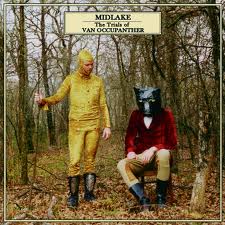 Midlake sounds like Radiohead when they were great (a briefer period than most of my friends are willing to admit) without the respective virtuosity of Jonny Greenwood (guitar) or Thom Yorke (vocals). And with more flute. I preferred this album, Midlake's second (which is sadly no longer available on Spotify) to their more subdued recent outing, The Courage of Others. The album opener, 'Roscoe', is probably my track of the year.
at 3:55 PM