Decision 2013: What short story should I write now? 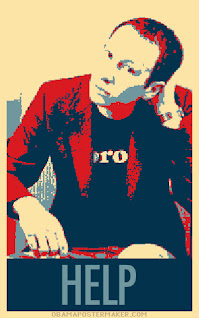 I have a list of short stories I’d like to write and I’m gonna share it with you. I know this runs the risk of people pinching ideas (phffft) or, more likely, the ideas shrivelling and dying the moment they see sunlight. So be it. Let only the strong survive.

Why am I sharing this list? Because I want you to choose which one I write now.

I only have time to write one story before my “writing” time* is gazumped by the demands of judging the novice category of this year’s BNZ Literary Awards.

[*Writing time = 5am-7am on those weekday mornings I manage to get up, which means those times I haven’t been woken too often by my 4 month old daughter, bless her tiny feet.]

Note: the titles below as just indicative. Most of the ideas have been percolating for a couple of years. One or two have been around for at least four. This might explain why some appear to have more of an arc, while others are more vague. Of course, these could just be two different types of story: high concept narrative short fiction and subtle, slow-burning character-based fiction??

Let’s see what the people prefer! (Please vote at the bottom. Please. There’s nothing sadder than a poll with no responses.)

1. The sky-dive: A boy is obsessed with sky-diving. He nags his parents to let him sky-dive. They refuse, saying he’s too young. He nags and nags and finally they relent. Then he actually has to go through with it… [NB: you can read the actual moment this idea occurred to me here.]

2. The cloud-seeder: A pilot seeds clouds to make them rain, but isn’t very good at his job. Meanwhile, his ex-fiancée is getting married to another man… [This story comes from a blog entry that I never posted (due to a sudden rush of sanity), but might one day.]

3. ANZAC day: A NZer living in Australia attends an ANZAC day BBQ. An Australian who didn’t attend the dawn service is confronted by his friends and thrown out of the BBQ. Meanwhile, the NZer reflects on a trip to ANZAC cove ‘out of season’ (ie not for ANZAC day).

4. Fear of flying: A guy goes on a blind date with a girl. Turns out, she’s taken him to the final session of her ‘conquering your fear of flying’ course, where they all get to go on board a plane and simulate the flight experience without ever leaving the tarmac...

5. The lover of weeds: A young girl befriends her elderly neighbour who loves weeds and sparrows and all the things everyone else seems to hate or ignore...

6. The judge and the writer: A writer comes second in a short story competition. At the awards ceremony, the judge gets drunk and admits he regrets choosing the winning story over the writer’s, and continues to ring and email words of encouragement in the coming weeks, while the writer struggles with what to write next…

7. The online hitman: A father hires an online hitman to kill his son in a video game so he will have more time for homework… [inspired by this story]

8. Weekends at the port: An office worker takes his daughter to the port every weekend to watch the stevedores load cargo ships. In adulthood, the daughter reflects on what drew her father to the port…

9. The children of Wembley: A Ministry of Education official travels to a (fictional) small Wairarapa town to see if a school that closed in the 1980s should be re-opened. She begins to unearth the story of why the school closed in the first place…

10. The half-sister: A coming of age / desecration of youth story about a fourteen-year-old boy who goes to stay with his half-sister and her mother on the Gold Coast. Includes a scene in a thunder storm…

Okay, here's your chance. Vote away.

UPDATE: [Friday 3 May, 8AM] Something screwy seems to have happened to the poll. All the votes from last night seem to have disappeared! Maybe they'll come back? Technology, eh? In the interim, you can always vote in the comments (anonymity is allowed).

UPDATE: [Sunday, 10.30AM] Oh man, this sucks. It seems every night the votes are getting wiped and we go back to square one. I've spoken to people who've voted on Thursday, Friday and Saturday, so I know the tally I see every night (8-10 votes, always for a different mix of stories) isn't just me hallucinating. Right now, the poll says only three people have voted... Thanks Blogger. You rule.

Maybe the problem is having the poll in my post and the sidebar? So let's try just the sidebar...
at 5:44 PM