It's that time again. Time for a Largehearted Boy-esque playlist for my new book, The Mannequin Makers.

You can check out my playlist for my short story collection, A Man Melting, here. Back in 2010 I picked a song for each of the 18 stories, and the range of artists (Van Halen, Paul Simon, Gene Kelly, The Go-Betweens, The National, Los Fabulosos Cadillacs, Milli Vanilli) reflects the diversity of the collection.

A novel, of course, is supposed to be more unified. That is not to say it doesn't range widely (from Scotland to the subantarctic; from the 1860s to 1970s), but it has still resulted in a less eclectic playlist than last time, I think.

I've split my playlist into four parts to mirror the structure of the novel. The three or four songs for each part are a mix of songs I listened to often while writing, songs I came across at pivotal moments, or songs that just seem to fit that particular part of the story.

For those of you coming to my book launch tomorrow (6pm at Kirkcaldie and Stains; the doorman will let you in), these'll be the songs playing in the background as you skull your pinot and try and catch the eye of the waitress with the platter of corn fritters...

Part One: Welcome to Marumaru

'Death and the Maiden' by The Verlaines

Shall we have our photo taken?
We'll look like Death and the Maiden

Great song, great band. I got into this track again via a cover by Stephen Malkmus, but the original is better.

Thematic link: the idea of posing for a photo based on a work of art. In the case of The Mannequin Makers, that art is, funnily enough, mannequins:


"Perhaps most tellingly, when a visiting photographer set up his equipment at Hercus & Barling the townsfolk chose to be immortalised performing the poses of The Carpenter’s models." (p30)

'The Killing Moon' by Pavement (Echo & the Bunnymen cover)

He's a yo-yo man, always up and down
So take him to the end of his temper

Keeping the Stephen Malkmus thing going, I reckon this cover by Pavement of Echo & the Bunnymen's song is better. Or at least, I listen to it a lot more than the original.

Temporary thematic link: I wilfully misheard the line "take him to the end of his temper" as "take him to the end of this tableau" for the longest time. (The living mannequins refer to their displays in the department store window as 'tableaux'). But the creepy vibe and lyrics do sorta suit the father-villain, Colton Kemp, who's the focus of Part One.

Another cover. There's probably a thematic link between Colton Kemp's attempt to recreate life in the form of wooden mannequins and artists trying to breath new life into other artist's songs... but let's not get too carried away. Again, I mostly chose this track because it sounds like I think Part One reads, and I listened to Donnelly's version a lot more than Knox's (partly because Knox's version isn't available on Spotify, but Donnelly's is).

'My Rights Versus Yours' / 'Adventures in Solitude' by the New Pornographers

Under your wheels, the hope of spring, mirage of loss, a few more things
You left your sorrow dangling, it hangs in air like a school cheer

This is the first of several cheats. A double shot from the New Pornographers because:

I got into New Pornographers during the three years I worked on The Mannequin Makers and was lucky enough to see them live and intimate at the San Fran Bathhouse here in Wellington. Great concert. Great band.

This song actually stared me towards Blaise Pascal, who supplied the epigraphs for my novel (one at the start, then one for each of the four parts). The epigraph to Part Two "... all man's misery stems from a single cause, his inability to remain quietly in one room," is reflected in Downie's song, which is really about the sinking of the Russian submarine, Kursk, in 2000.

'Eye in the Sky' by the Alan Parsons Project 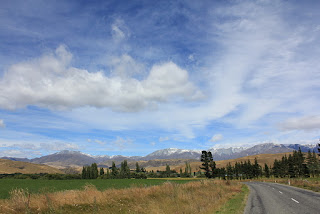 I heard this song while driving out to Cattle Creek during my research roadtrip. It was actually a double shot of Alan Parsons, with the instrumental 'Sirius' up first, followed seamlessly by 'Eye in the Sky'. I recognised 'Sirius' from Jordan-era Chicago Bulls starting five introductions, but was less familiar with the second song. Still, one listen was enough for me to be earworming it for the rest of the trip. It just seems to fit that part of the world, where Avis winds up at the end of Part Two. The vague religiosity, the keyboards, the creepiness... a perfect fit for the introduction of The Carpenter.

'Tales of Brave Ulysses' by Cream

And you touch the distant beaches with tales of brave Ulysses,
How his naked ears were tortured by the sirens sweetly singing,
For the sparkling waves are calling you to kiss their white laced lips.


This is one of those songs I rediscovered late in the process of writing The Mannequin Makers. I was at a friend's, in charge of choosing which LPs to play. At the top of the pile was Disraeli Gears, and when 'Tales of Brave Ulysses' came on, I thought, 'Ah! This song.' I entered a note in my phone to listen to this song again when I was at home and proceded to thrash it for the next couple of months.

Part Three opens with The Carpenter lashed to the mizzen mast of a clipper ship, with a storm approaching. I was thinking about The Odyssey when I concocted this scenario, and it turns out the narrator (The Carpenter) who read a lot of epics and Penny Dreadfuls when he was younger is thinking about these kinds of stories when he starts telling his tale.

'South Australia' by The Pogues

And as we wallop round Cape Horn, heave away, haul away
You'll wish to God you've never been born, we're bound for South Australia

There are a couple of sea shanties in Part Three, one is completely invented, another is a modified version of the 'South Australia' shanty sung in the mid-late Nineteenth Century. The Pogues' song is based on the same shanty. There are dozens of versions of 'South Australia' on Spotify by a range of artists. I like the Pogues version best, hence it makes my playlist.

'Nautical Disaster' by The Tragically Hip

The selection was quick, the crew was picked in order
and those left in the water got kicked off our pantlegs
and we headed for home.

Anyone who follows this blog knows there had to be a Tragically Hip song in here. And no, a song by their frontman (see 'Pascal's Submarine') was not enough.

'How to see through fog' by The Drones

This song only came out in January 2013, but it was on high rotate as I worked through the editing process. It seemed to really fit the passages where The Carpenter is marooned in the subantarctic, and the whole figurehead/mannequin carving thing. This fan-made video featuring mannequins, zombies and blood, makes some different, but equally valid, connections.

'Lovers in a Dangerous Time' by Bruce Cockburn


The award for biggest earworm during the writing on The Mannequin Makers goes to this Canadian classic. There's something addictive about the low drone of Cockburn's "Luvverrrs... in a dangerous time" at the start of the chorus.

You can probably pour over the lyrics for connections with what happens in Part Four, but I'm happy to let Bruce do the talking.

'Numb as a Statue' / 'Wanted Dead or Alive' by Warren Zevon

I'm numb as a statue
I may have to beg, borrow or steal
Some feelings from you
So I can have some feelings too
-


Another double shot, another artist who I listen to religiously. 'Numb as a statue' is pretty prefect for the narrator of Part Four (Eugen Kemp), while 'Wanted Dead or Alive', off Zevon's oft-maligned (but I kinda dig) first album captures the western feel of the journey to the hinterland.

You may need a murderer

Someone to do your dirty work


I listened to a lot of Low while writing The Mannequin Makers. They're this book's version of The National (who I thrashed in 2008 when working on A Man Melting): dark, repetitive songs that make for great writing music. They also fit pretty well with the M.O. of my novel (described by Random House's international rights person as "quietly horrifying", which I'm now using myself without hesitation) - 'Murderer' is a particularly good example of this and a fitting way to end my playlist.

Right, guess I have to write another book now. See you all again in three-to-five years.
at 5:54 AM