This is well overdue. Blame the change of the month coming while I was halfway through my Italian research roadie…

In a weird way, this book picked up where James Gleick’s Time Travel: A History left off in April. Wohlleben’s book is an exercise in imagination, as one must consider life at a different speed. Both in understanding the life and actions of individual trees, but also considering how so much of what should be done to rebalance forests requires steps that will look worse for the rest of my lifetime.

I frequently thought of that viewing platform in Zealandia where there’s a info board depicting what the forest will look like in 100 and 500 years (or something like that), and how just imagining today’s trees but bigger isn’t the future at all.

Wohlleben’s book is focused on central European species. It would be amazing to have a New Zealand version!

I decided to listen to this book for something to argue against and it didn’t let me down. A couple of minutes in, I was beyond the point of yelling at Mr de Botton and considering yanking the earbuds from my ears. The utter flippancy with which he dismissed the miracles of Saints! It was kinda great to realise that, even if my factory defaults have all my switches set to skeptical, pure, unthinking skepticism now angers me as much as pure, unthinking belief.

I didn’t yank my earbuds in the end (in part because I was listening while riding my bike) and I found myself agreeing with some of de Botton’s suggestions (getting strangers to eat together), whilst simultaneously hating his guts (and his quasi-intellectual sophistry). 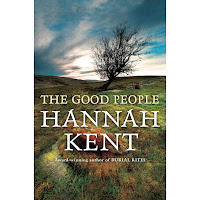 I listened to this because Hannah Kent was appearing at Dunedin Writers Festival and I was interested to see how Kent played with the concept of flawed belief (the main characters believe in The Good People, aka Fairies).

I didn’t end up going to Kent’s session (family dramas) and suspect a festival 1 on 1 wouldn’t have been the right venue for the kind of pressing questions I’d like to have seen Kent answer.

Because, I think she’d have all the answers, but how much would she squirm while answering them?

Do I even want to see another writer squirm? If this book was written by an Irish woman, would I have thought anything much about it at all? Well, of course I would have. But maybe I’d have keyed in more on the technique and gotten less hung up on ‘Why is she doing this?’

The final chapters represent a closing down of possibilities and ultimately the staid and stuffy views of the lawyers (and the more mercenary villagers) prevail.

We should have seen that coming!

My Brilliant Friend by Elena Ferrante

I listened to the first of Ferrante’s Neapolitan quartet before leaving for Italy. I listened to the second and part of the third while on the ground. And I’m halfway through the fourth right now --- so hopefully I can right about all four books as a single thing, which is totally how I think it should be thought of and discussed.

So hang fire for a week or so…

I remember watching a book show while living in Edinburgh and seeing a segment about how Alexander McCall Smith writes his books. He has a researcher and two other helpers working in an office on the ground floor of his house. He comes down, knocks out an insane amount of pages each day, and then leaves his worker bees to tidy up.

I had to walk past AMS’s lefty complex on the way to a friend’s place, and thought of the productivity going on behind that wall every time. But until last month, I’d never been tempted to actually read one of his books.

And, honestly, I only chose this one because I searched Italy/Italian on my library’s audiobook catalogue and this came up. I thought maybe, while travelling to or from or within Italy I may want something lighter.

And light it was.

After six hours of listening, it put a bow on everything, the very bows we expected from the first chapter, and then, poof, it was over, vanished, forgotten.

Dear White People (Season 1) – devoured. Displays the unevenness so common with shows at the moment, where the first 2-3 episodes feel dense, not just in narrative but also challenging linguistic and cultural dimensions, then the next 5-7 eps stretch out what was so great (and challenging) about those first eps, but you’re hooked so on and on you watch. Where will it go in Season 2?

Consumed in the air (outbound flights to get to Rome)

Split – This sucked. I can’t believe some people thought it was a worthy (kind of) sequel to Unbreakable. Maybe I’m favourably misremembering Unbreakable? I mean, making your villain’s superpowers (and villainy) derive from a mental illness – like that’s not gonna unduly stigmatise people with that very illness? It’s pure doltishness that has no place in 2017.

Passengers – Okay, so even if the script had been seriously overhauled and allowed the film to have some kind of tension, the total lack of charisma between the two stars would have scuttled the experience anyway, so why bother, right? Who’d be a writer.
Start of Fantastic beasts – just as I can’t be arsed writing the full title, I couldn’t watch more than twenty minutes of this. Three words: Eddy Redmayne’s face.

Curb your enthusiasm (2 episodes) – could have been any two. That’s the beauty, and the curse, of Curb.

2night – an Italian dating flick that didn’t teach me Italian.

The Founder – Like Breaking Bad with hamburgers, only Ray Kroc isn’t smart enough to be compared to Heisenberg (someone else needs to point out he’s in the real estate business, not the fast food one), so you’re left only with the feeling that everything was horribly inevitable.