Tennessee and Mississippi - A Musical in Pictures

I'm in Vicksburg, Mississippi, tonight - a city notable for its surrender at a critical point during the Civil War and thus destined to have military museums and themed-diners. But prior to this, the last few days have been all about the music.

It's a shame Beale Street has been reduced (elevated?) to a kind of poor man's Bourbon Street, but if you want real, authentic Blues tourism, you need a time machine.

Failing that, there are plenty of museums and petrified studios to visit. 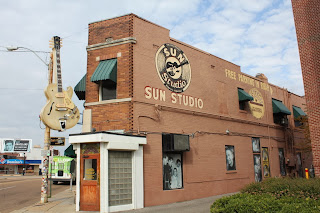 I got to see a first pressing of "the first rock'n'roll song", 'Rocket 88' by Jackie Brenston and his Delta Cats, recorded in that very building. 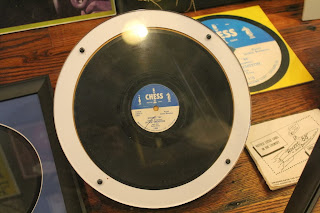 And I got to step inside the recording studio and stare up at the original ceiling tiles installed by Sam Phillips and Marion Keisker, based on a design they'd seen in American Scientist magazine... 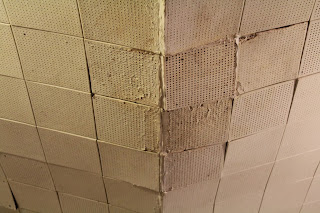 And stand on the original tiles that Elvis stood on (see the black x) when he recorded 'That's alright Mama'. 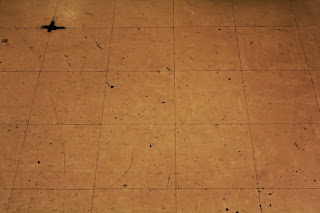 The Memphis Rock & Soul Museum was also worth a visit. Coolest thing was watching my 11 month old daughter dance to the snippets of Jerry Lee Lewis, Sam and Dave and Al Green songs during the 12 minute intro video (kids under 5 weren't allowed on the Sun Studios tour, but I reckon she'd have loved a bit of Howlin' Wolf).

Second coolest thing: seeing the original handwritten lyrics (and the organ the song was written on) for 'Suspicious Minds'. 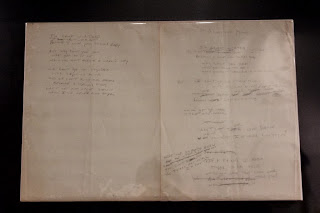 And no visit to Memphis is complete without a visit to Graceland. That Elvis sure knew how to decorate.

Leaving Memphis, we drove down Highway 61. Actually, we'd been on 61 at other points in our journey down the Mississippi from Iowa, but only now did it become "The Blues Highway". 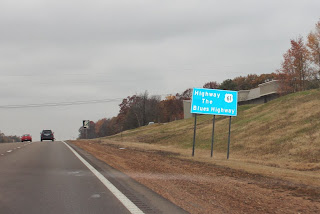 Back in 2008 I wrote a longish poem about America that featured Robert Johnson. Here's a bit of it...


Ike Zinnerman learnt to play guitar at midnight,
sitting on tombstones, so they say,
and later influenced young Robert Johnson—
though no one is willing to make the leap
from Zinnerman to ‘Sin of Man’
and have him tune Robert’s guitar at the crossroads…

(“The Crossroads” in is now—


of course, of course—a tourist attraction.) 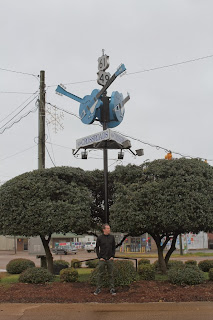 The actual crossroads where Robert Johnson sold his soul to the devil in order to be a masterful guitar player is disputed. Rosedale, a bit further south, claims it happened there, though their marker is less photogenic... 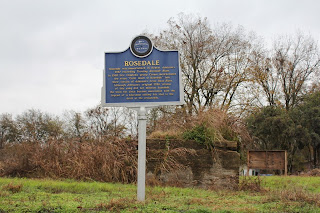 And the actual intersection this sign faces is even less appealing... 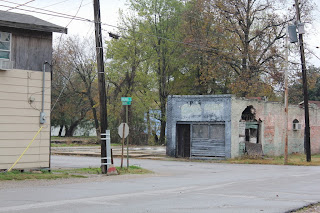 And the shops down the street are about to fall down... 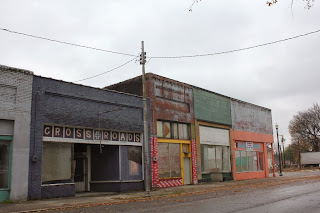 And the actual intersection of today's highways 1 and 8 (where Son House reckons RJ did the deed) looks like this... 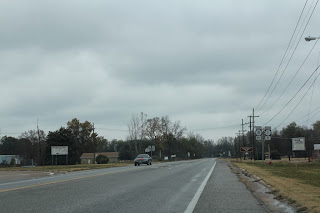 But I'd say that's all about perfect for Robert Johnson (except maybe that last photo).

Anyway, it's Vicksburg to Natchez tomorrow, then on to Baton Rouge and New Orleans...
at 5:00 PM No comments:

Chester, Illinois, "The Home of Popeye"

Despite the town's branding, Chester was actually only the hometown of Elzie Segar, the creator of Popeye. But still, that's something to crow about.

Here are some (not all) of my Popeye-related photos from Chester... 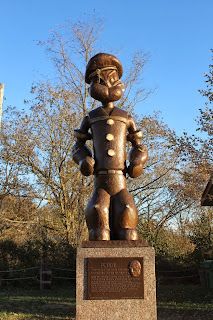 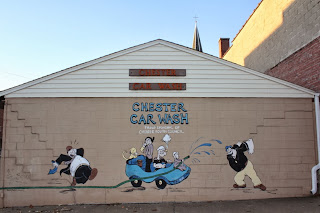 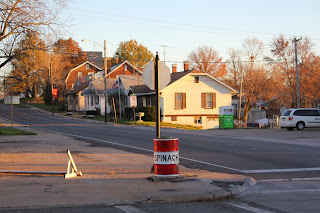 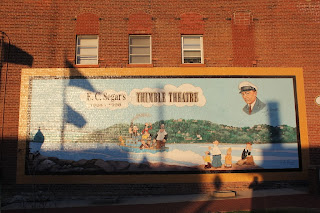 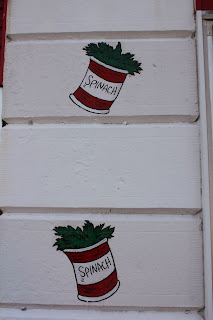 This last one isn't Popeye-themed. It's just a bit out of season. Or maybe they know I'm going back to New Zealand in less than two weeks... 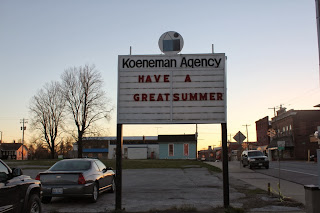 So I'm done with Iowa. At some point I want to write about my time as part of the International Writing Program and post some more pictures, but right now I'm going to stick to the present day. I'm travelling down the Mississippi River (actually, beside it) with my wife and daughter. We've got two weeks to make it to New Orleans. 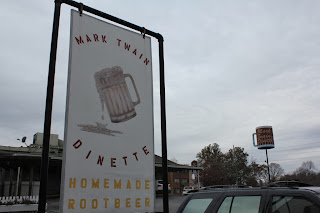 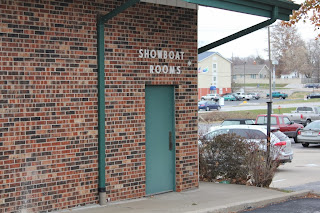 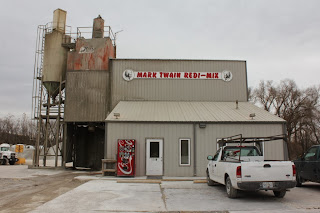 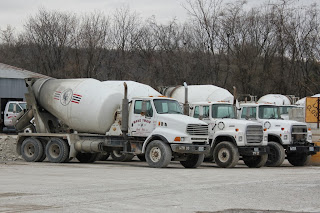