It was on a Sunday and it was totally worth going out on a school night for.

Pity that Big Thief, who were supposed to be in here May, then got shunted to March 2021, have just been canned for good. C'mon vaccines, I want to see American bands!

Okay, so on the face of it I read 18 books in the last two months. But there's a lot of asterisks.

* One was a manuscript I was assessing for a Masters in Creative Writing student, so I won't say anything about it here.

** Three were poetry books, read as e-books on my phone, which always feels like cheating:

*** Speaking of phone reading: do these two count?

**** I got paid to review a book for Newsroom, which is a bit too much like work. It was:

Got a lot of feedback on this one - all of it positive. Easily the most  feedback I've received for a review, ever. If only reviewing books was a little more lucrative (and all review venues allowed reviewers the space to actually dig in to the topic). Like, I got paid $200 for this review, which meant $150 after tax, which is still three time more than I got from my last review (Drongo for Landfall Review online), but when you factor in the time it took to read the book (10-12 hours) and craft the review (4-5), you're looking at $10 (or fewer) an hour, which is below minimum wage. So reviewing will remain something I'll do if I can fit it in around other things, because those other things pay the mortgage or are my own follies.

Holy shit, Ali Smith. I am in awe of you.

I'm going to re-read Autumn before the year is out and maybe one day I'll say something intelligent about the whole quartet. But for now, some dumbass bullet points:

****** One was only half a book, but the audiobook is split into two books (both 13+ hours, which is longer than any other book this month so I damn well deserve to count it as a whole book, especially as I have Part 2 now and I've got the first two weeks of December to finish it...

******* Well, for the rest, there's no disqualifying factors, unless you count listening to them as an audiobook rather than reading with your eyeballs... which I DO NOT. I just really got into this asterisk thing. Here's a sprinkling of thoughts on the rest:

Gogol does it way, way better. But it was kinda nice to see Fyodor not overtly fretting about Free Will or The Nature of Evil. 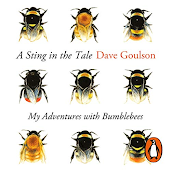 A Sting in the Tale: My Adventures with Bumblebees by Dave Goulson (non-fiction, audiobook)

I've been looking at bumblebees closely since reading this. And the sections on how NZ got its bumblebees and attempts to re-introduce them to the UK were interesting. But I can't forgive the pun in the title, and the Personal Journey bits at the beginning felt tacked on at the instruction of an editor rather than true to the rest of the book. Does a bumblebee expert really need to have a profound childhood experience for us to care about their expertise?

Maybe I've reached my fill of white people connecting with nature lit. Not very enlightening. Not funny. Moving on...

Difficult Women: a History of Feminism in 11 Fights by Helen Lewis (non-fiction, audiobook)

For some reason I thought it was going to be focussing on 11 women rather than 11 themes... The themes, or "fights" were the predictable sort and thus I never really escaped the pitfalls of once-over-lightly "general history". But that's on me.

They Came to Baghdad by Agatha Christie (novel, audiobook)

So I haven't read a lot of Agatha Christie. This one was like a cross between Charles Dickens and John Le Carre. Like, a Le Carre plot peopled by Dickensian do-gooders. Which was fun, I have to say.

I really liked this. A YA novel, which is basically an adult novel with permission to have a plot and be a bit emo, that asks what if the X-Men were real, but instead of becoming superheroes they went to therapy?

No I haven't heard the podcast this was based on (The Bright Sessions). Yes, I've ordered Book 2... 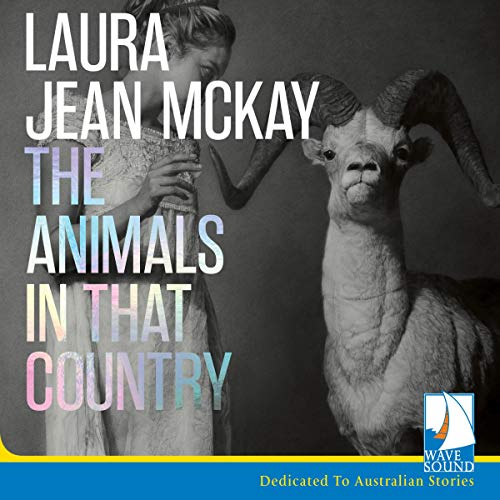 The Animals in that Country by Laura Jean McKay (fiction, audiobook)

I can't decide if this book about a pandemic started when a disease jumped from another species to human beings suffered or benefited from the weird coincidence of 2020 having A LOT of that going on for reals.

In McKay's book, the disease is more interesting than COVID-19, in that it allows humans to understand the chemical and other physical signals sent by animals as a kind of speech. But is the book more interesting that the human dramas still unfolding... Come back to me when the calendar ticks over.

MUSIC - NOVEMBER (aka a bit of a Bill Fay binge)