I was in a bit of a grump on Saturday so I lit out for the territory Karori sanctuary to take photos of birds. I managed to catch decent shots of two birds that are notoriously hard to photograph due to their constant flitting about.

Even though that's the best photo I've probably ever taken of a warbler, it doesn't do the tiny bird justice. It's a wee gem in the flesh, despite its muted colours. A marvel made more precious because it is so oftenheard  but rarely seen.

As for the popokatea, there were about a dozen in the bushes around me at one point, behaving much as a [insert appropriate collective noun] of silvereyes might.

It was almost as if the birds wanted to cheer me up.

A female juvenile male hihi, which tend to be much shyer than the males, landed on a branch less than a metre away from me and stuck around for a good long moment.

And as I was walking back to the entrance, sufficiently cheered, the shags were splashing about in the lake, possibly to rise off the salt after a day on the coast.

NB: NZbirds has an extensive list of collective nouns for birds but nothing for the Silvereye.

Does anyone remember Bucky O'Hare?

Sometimes the phrase 'righteous indignation' pops into my head. It's a nice sesquipedalian phrase. And when this phrase rattles through the deserted chambers of my mind, I don't think of justified outrage, I think of a spaceship in an anthropomorphic cartoon from the 1990's. I'd forgotten everything about the show except the name of the ship and that it featured a rabbit (or hare).

But who needs memory when you've got the internet?

The show was called 'Bucky O'Hare and the Toad Menace'. Here's the intro courtesy of YouTube.

The theme tune features the lyrics:

"If your Righteous Indignation has suffered a hit
And your photon accelerator is broken a bit
And you're losing your mind and you're havin' a fit
Get the funky fresh rabbit who can take care of it!"

This is where it all happens, IV

So we bought a house, which means a new writing space for me.

[For a peek at previous writing possies since I started blogging, see here (Edinburgh I), here (Edinburgh II, aka the time I considered writing in the toilet) and here (Wellington). You can also see my old Wellington writing space video-styles on this episode of TVNZ7's The Good Word (toward the end of part two).]

As with out old flat, my office doubles as the guest room, and we had two sets of visitors for the first two weeks in the new house, so I set up camp in our bedroom. 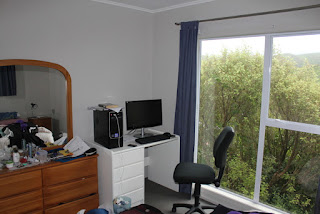 But now I'm in my office and starting to make it my own. 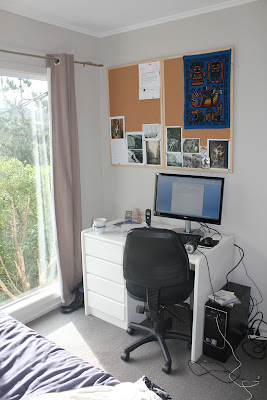 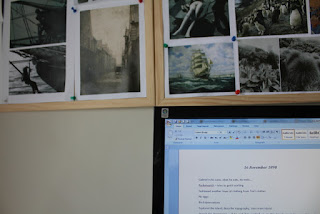 Perhaps I should have subtitled this section: This is as clean as it will ever be. 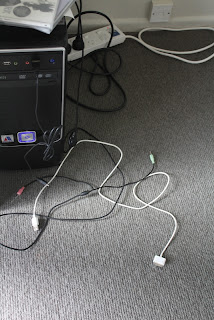 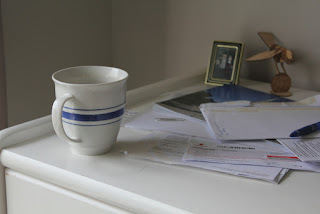 Right now (late afternoon) the sun is starting to pour into the window. I've heard bellbird, tui, silvereye, grey warblers, starling and seagulls (the dump is the next ridge over, though there is a sea view if you stand on the roof of our garage) in recent days. I heard a morepork the other night while taking the recycling out. It's pretty sweet.

[This is a pretty sweet live version from 2009. The studio version appears on JKS's 2012 album Provincial and is also on Youtube.]

What I've been reading

Same as last time I posted about my reading, it's all been novel research or short story judging. The only fiction for fun comes in the form of audiobooks.

Recently I finished Jennifer Egan's 2006 novel, The Keep. As when I read A Visit From The Goon Squad last year, I had initial qualms about voice and the showier aspects of the narrative structure... but ultimately its charms won me over. Will The Keep make it on my end of year top ten list like Goon Squad did in 2011? I hope not, coz if it doesn't make the list that means I get to read eight or nine great books over the next eight months... but if it makes it on, it'll be hard to be bummed.

I'm about 2/7ths of the way through Jon McGregor's 2002 novel If Nobody Speaks of Remarkable Things (the audiobook is seven CDs, hence the odd fraction). It's a bit harder to get into that The Keep, down to the style of the book (very heavy on the minutae, light on the plot) which can be difficult to follow while riding the bus home after a long day at work. Also, the one female narrator makes it hard to differentiate the first and third person sections... So I'm tossing up whether to ditch the audiobook and pick up the physical book. It happens.


What (else) I've been listening to

Highlight: Dave Wyndorf describes playing a concert (back in his days with Shrapnel) at Norman Mailer’s house, with Woody Allen and Kurt Vonnegut in the audience... 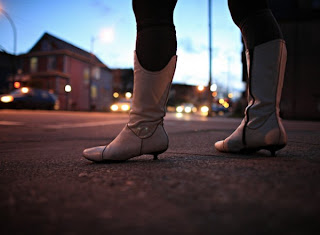 I have been translated. Just one short story (which happens to be the most recent story I published), but it's still one of those Writer's Milestones.

If you speak Spanish, or fancy your Traveller's Spanish, you can read 'Servicio de alta mar' at HermanoCerdo.com.

Many thanks to Canberra-based Jorge Salavert who translated the story. He's already blogged about his translation here.

The original version was published as 'Offshore Service' in Griffith Review 34 late last year. Good news: you can read this English version online, too.

And while I'm at it, here's the interview I did with the Griffith Review about this particular story.

I would not, however, recommend you rely on Google Translate to assess the quality of Jorge's translation. But if you're after a laugh or two...

Heck, I'll save you the Compare and Contrast exercise. Here are my favourite machine mistranslations:

I had the feeling of spending my midlife dark.

They wore helmets aside, or climbed the slaughterhouses of the pants to the knees.

She was looking out the window, entranced by the sea, the only way that a novice may be pregnant.

I still had an uneasy conscience about leaving aboard the June Tong III , in particular because it was a ship of nine wineries, a mastodon.

"Raisins?" (A mistranslation of "¿Las pasas?" which was "Hang out?" in the original)

He had prepared a complete repertoire on my "pigeon" about how New Zealanders put their noses where they should stick his cock.

... the room where I always imagined Yanna, waiting for the next crew will unzip the monkey and mountain top.


I've been frustrated lately by how long THE NOVEL is taking me. I want so dearly to be productive, if not prolific (part of my middle class white dude guilt, I suspect; if it's a part-time job, why aren't you f-ing working? etc). Taking time out to write 'Offshore Service' and another story called 'The Cuddies' (to be published in the UK later this year) are contributing factors. But days like today remind me why I write anything: to tell stories, to be published, to reach new readers.

Okay, back to THE NOVEL.

Radio / Hopeless Eclectics / The Problem with the Novel

It looks like my story ‘Another Language’ will be broadcast on Radio NZ National at 3.05am on Tuesday 10 April. You can listen online here if you're up at that time of day...

I presume this is the version recorded after the story won the novice category of the 2007 Katherine Mansfield short story competition. The dude who reads the story does a great job, if I remember correctly.

I have no idea where the five year old contract I signed with Radio NZ for this story is, but won’t hold my breath for any money to flow my way for this early morning revival. I only know about the broadcast because it was mentioned in the weekly email the NZ Society of Authors sends out. I wonder how many other times it has been broadcast?

[Aside: The timing is interesting, coming after I posted about an English class in Germany having to read ‘Another Language’ in an exam situation last week…]


Playlist for the hopeless eclectics

*Kinda have some connection to the section of THE NOVEL I am currently working on. 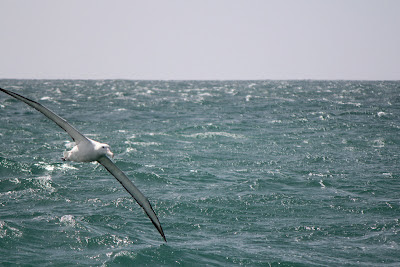 The chief problem with the novel as a literary form is one of timeliness. You spend so long writing and revising (and then it takes so long for it to wend its way from manuscript to published book) that you will inevitably be trumped and/or stymied by the real world in some way.

An example: I recently learnt that my protagonist shares his uncommon first name with a bad-haircut-sporting, Christian-music-enthusiast on the latest season of American Idol. The sort of contestant that, if he’s not eliminated in the next week or two, will turn his first name into a by-word for teen entitlement and bad musical taste for the next two years. Anyone reading a book next year with a main character with the same first name will instantly think of this contemporary flash in the pan and wonder if I stole his name.

weekly diary for a happy day

These are all search terms people typed into Google that led them to This Fluid Thrill over the last three months. The title, too. The individual searches are unedited, but I’ve been selective about which terms to include in this list and in which order.

The images are the top image results when you Google "tai quan do bury craig clift" (Obama is the #1 result). I can't endorse the website these images come from (seems the top two are from a douchey Republican blog).

And no, I've never written in Serbian or Georgian on this blog. Go figure.
at 8:47 PM No comments: