This year I’ve got a clear top eight and at least another ten that make up a second tier of honourable mentions.

Both tiers are stacked with female-fronted bands or singer-songwriters. And while the #1 spot was claimed by a dude’s one-time bedroom project, 2015 deserves to be remembered as a year the ladies killed it. Frances Quinlan’s Hop Along produced the year’s best rawk album. Alicia Bognanno’s Bully revived grunge as a viable aesthetic. And Courtney Barnett... Hold on, I'm getting ahead of myself. 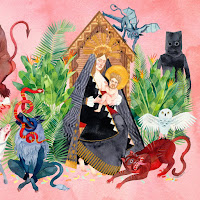 Josh Tillman’s Father John Misty persona is the male version of Lana Del Rey. FJM is even more overt about the facade (there’s even a song called ‘The night Josh Tillman came to our apt.’), but through this mask he’s unlocked something his eponymous work lacked. Just like Lana Del Rey, the crooning can get a bit much, though he hasn’t overdosed yet (in contract, I couldn’t make it though LDR’s 2015 album Honeymoon; while I’d rated Ultraviolence as one of my favourites last year).

I love you, honeybear has enough up-tempo numbers, like ‘Ideal Husband’, to keep things varied — and funnily enough it’s these faster tracks that let Tillman growl and prowl the stage like FJM does best. May his path continue to diverge from his Lana, I say! 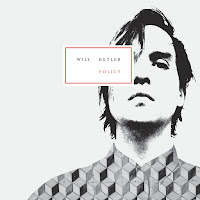 When I’m not listening to it, I begin to suspect this is just a minor album by the third most talented member of Arcade Fire, and that I’m only fond of it because of its title (for most of my working life I’ve had the word “policy” in my job title).

But then I listen to it again (I always seem to find my wake back to it) and ‘Take My Side’ starts up, dirty and jangly, a brisk Dylan-with-a-briefcase ditty, and I couldn’t give a toss where this album fits in any other list or hagiodiscography. I love it. It should be higher! (I'm listening to it now.)

#6 Courtney Barnett – Sometimes I sit and think, and sometimes I just sit 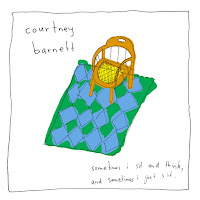 I saw CB and her band at Bodega in November and it was a good gig. The best of the year to that point (a title she’d hold for about three weeks). Best of all it opened up new dimensions on her album, which had been feted since before it even dropped and I’d listened to four or five times.

Till the live show, it felt like the words overshadowed the music (and, deep down, I suspected the buzz was more to do with the paucity of straight-shooting, story-telling, guitar-driven songwriters than the fact Ms Barnett was fit to stand alongside Lou Reed or Warren Zevon...) but in concert she was more like this generation’s Jack White – a guitarist-cum-historian. While White (who, it’s easy to forget, was once tolerable) called back to Led Zep, Barnett is more interested in aping Nirvana and Mudhoney. She played at ear-bleed volume, with songs drawn-out with solos and feedback. It was terribly enjoyable.

And it’s there on the album, too, if you know what to listen for. 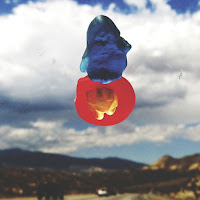 Bully’s songs aren’t as articulate as Courtney Barnett’s. The opener, ‘I remember’, begins, “I remember / I remember my bad habits /  I remember getting too fucked up / I remember throwing up in your car.” It’s over in 1:47, and is pure 90’s grunge (even if it inverts the classic soft-loud-soft progression).

In many ways, Feels Like, sounds like a Hole record – somewhere between the too-raw to be pleasant Pretty on the inside and the too-smooth to be genuine Celebrity Skin (but rockier than Live Through This). So, pretty much as if Hole ever made an album you’d still care to hear today.

The standout tracks. still feels grungy, but also very 2015.  From my favourite, ‘Trying’:

Been praying for my period all week
And relief that I just can't see
I question everything
My focus, my figure, my sexuality 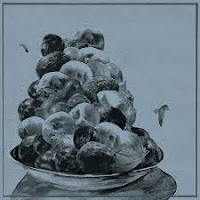 ‘The Knock’ is probably my favourite song of 2015. But I’ve learnt it’s not the best song for a party playlist, or a family barbeque. Quinlan’s voice is too abrasive, the pitch too unconventional, for casual listeners. This is angry-but-thoughtful music to be consumed with headphones.

So begins Painted Shut, and so it continues. Song after song of sonic-challenge. The lead guitarist who can’t help weaving notes in and out and around the groove. The over-reached “Juuuuuust” in ‘Waitress’; “People of the wooorrrlld” in ‘Happy to see me’.  But herein lies the charm. It’s the sort of album where, if you hear a track over the sound system at a cafe or a restaurant, you get this stupid grin, while those who can blank it out, and those who can’t furrow their brows. 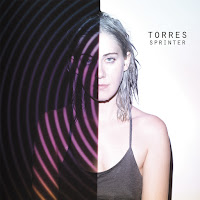 I first heard ‘Sprinter’, the song off the album of the same name, on a Spotify ‘Discover Weekly’ playlist. Actually, ‘Discover Weekly’ turned me onto Hop Along, Bully and artist #2 too, so that algorithm is doing something right. For some reason, though, I associate Torres with chance discovery more than the others. Perhaps because she was the first of this quartet? Perhaps, by spinning Sprinter so much in May and June, it skewed the algorithm in favour of these other female-fronted outfits?

MacKenzie Scott is 24, but sounds ageless. For her sophomore album, she’s surrounded herself with smart cookies and strong musicians, and gone for a gutsier sound, but it’s still very much a personal, confessional work.

#2 Du Blonde – Welcome back to milk 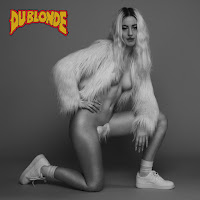 Du Blonde is another Father John Misty / Lana Del Rey mask. After releasing her debut under her own name, Beth Jeans Houghton had a breakdown, scrapped an album and reinvented herself as a brasher, Stones-ier self and very nearly won 2015. She certainly won best refrain of the year with the chorus of ‘Young Entertainment’: “What is like, what is it like, what is it like to fuck your mistress with her hands tied?”

One of the album’s strengths is its cussing. Every swear is well deployed – it’s power doubled by the contrast to the nu-folk fantasy of Houghton’s first album. It does mean Welcome Back to Milk isn’t family friendly – but the album cover tells you that! – but, unlike Hop Along, this is music for company. From the chugging opener, ‘Black Flag’, to the more languorous but no-less muscular ‘Hunter’ and the full-on ballad ‘Four in the morning’, this is an album full of great songs, great contrasts, great bile and great bravado. Brave Beth! 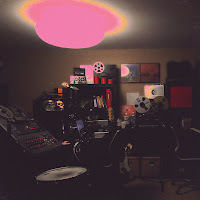 Some people find God. Ruban Neilson found Prince. For Unknown Mortal Orchestra’s third album, Neilson’s project actually approaches orchestral levels — one highlight of the live show is when his dad chips in with the brass instruments — without losing the lo-fi, glitchy feel of previous outings.

Lyrically, the album can be obtuse in its details, but is centred on a simple enough narrative (set running on ‘Multi-love’). It feels fresh and brave and unlikely.

The title track and ‘Can’t keep checking my phone’ are two of the best singles of the year, ‘The World is Crowded’ is probably the best slow-jam, and the whole thing is perfect plug and play music for a range of settings.

I saw UMO perform at Bodega in mid-December and it was easily the best concert I’ve been to since I was in the States in 2013. If there was any doubt about which album would top my list, those ninety minutes sealed the deal.

And, for a more fulsome steer on what I was listening to in the second half of 2015 (when I disappeared from the face of the earth / this blog), here are links to my monthly playlists: