And a little slower for the top ten... 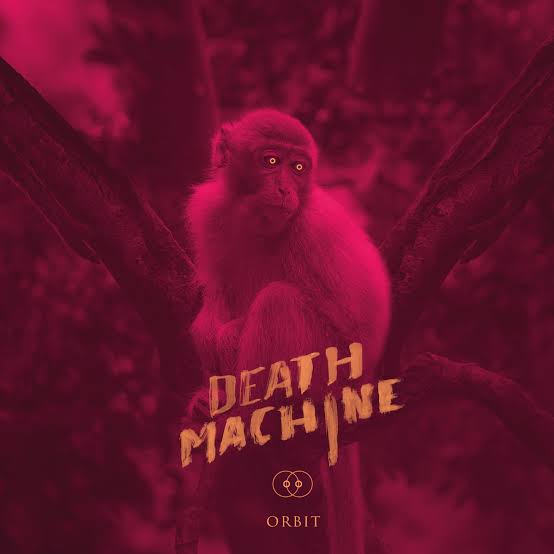 This album came out in November and I only seriously listened to it in December. When I was playing with the order of my top 20, it cropped up and I had to drop something off, then it kept climbing when I compared it with albums higher up the list.

Maybe it's recency bias, but I just couldn't keep this Danish downbeat gem out of my top 10.

Perfect music for writing, or the arrival of a climate apocalypse.


9. The Murder Capital - When I Have Fears 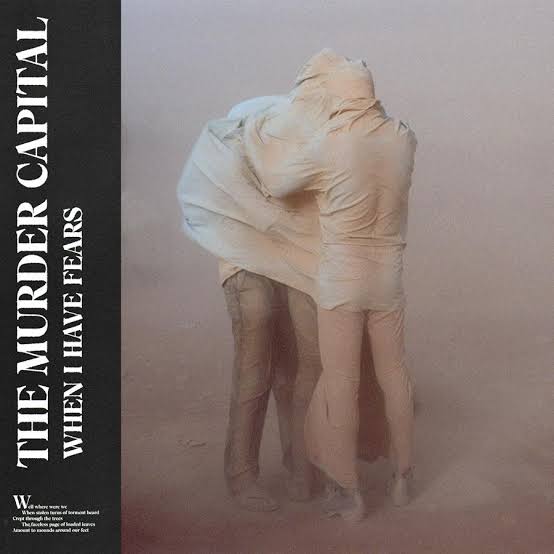 I'm excited to see where both these bands go next. 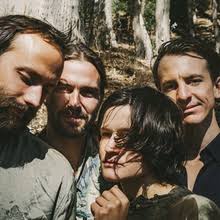 Big Thief put out their third album, UFOF, in May 2019, and it has some good songs and one great track ('Cattails'). But the band wasn't quite done after recording UFOF and went back into the studio to record its "Earth twin", Two Hands, which is the stronger, more cohesive, more urgent album.

Looking forward to seeing them in Wellington in May 2020!! 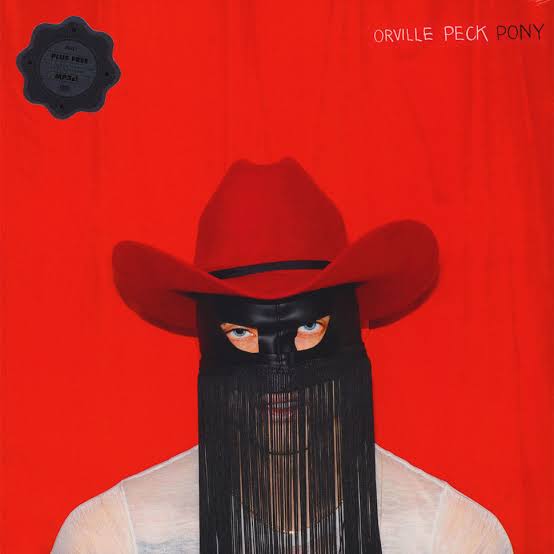 Roy Orbison eat your heart out, cover your face in leather fringe and confess your love for a fellow cowboy!

I'm not averse to gimmicks and alter-egos in music (see the way Lana Del Rey always seems to squeak onto my best of the year lists), but the music has to stand on its own feet - and Pony certainly does that. 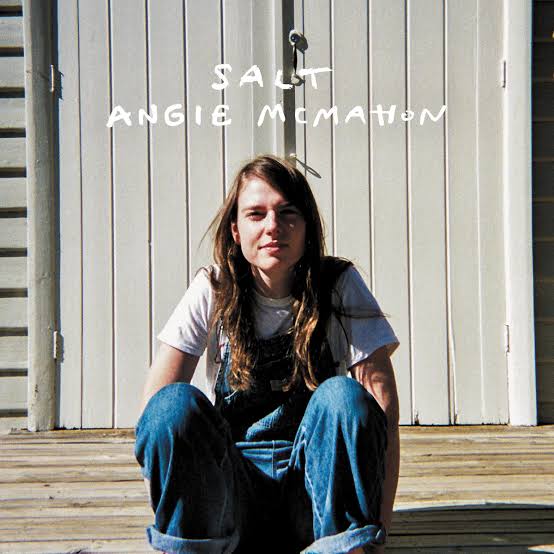 There are a lot of female singer-songwriters on this list. McMahon's sounds is probably the most rock-adjacent. There's echoes of fellow Australian Courtney Barnett in the self-deprecating humour (see 'Pasta'), but McMahon is a more traditional singer, which means she's good company in most any situation.

On first listen I thought, "This sounds like an updated version of Richard and Linda Thompson", and then I found out that the lead female vocalist, Kami Thompson, is their daughter. This is another husband and wife duo (the dude is James Walbourne) but it's not just a carbon copy of the previous generation. 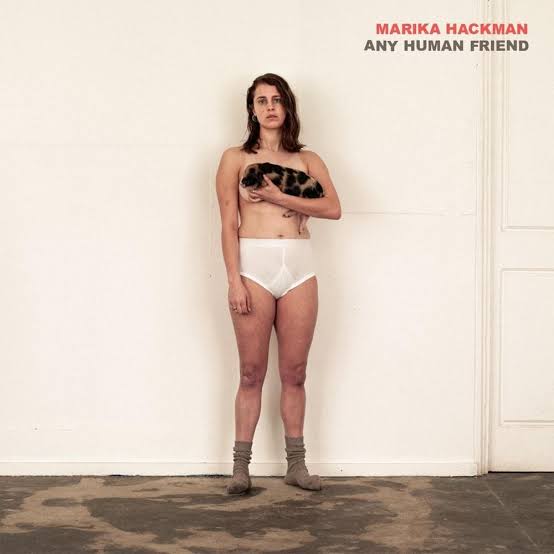 If Angie McMahon is rock-adjacent, Hackman is the pop-adjacent singer-songwriter on this list, with more electronic blips and beats and the kind of melodies you find yourself humming when hanging out the washing.

But it's when you focus on the lyrics, which are dark and mordantly funny, that these songs take on their full power.

I loved her debut in 2017, and she's taken it to another level here. 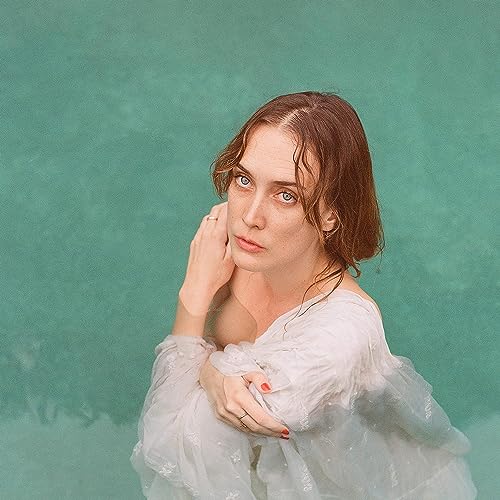 'So Romatic' only has six songs, so it's better described as an EP than a full album. And the final track, a cover of Black Sabbath's 'Changes' I can take or leave. But the other five songs are so great, each a world unto themselves, that this feels like a major event.

I've listened to these songs so much over the last 11 months, and have no reservation putting So Romantic this high. 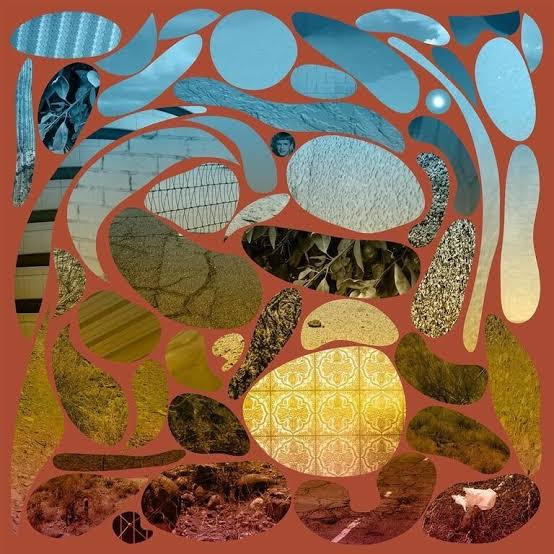 I've praised Dave Bazan before on this blog (see: 2018's song of the year). I was excited about his return to the Pedro the Lion moniker, if only that it meant new material in early 2019. But Phoenix exceeded my expectations.

'Yellow Bike' is the greatest song about childhood and the melancholy of nostalgia. (Bonus points for my son, who got his first pedal-bike this year, liking the song, too.)

'Quietest Friend' might be the best song Bazan has ever written. 'Model Homes' is surely in his top 10.

Just a great fucking album from a new hero of mine. 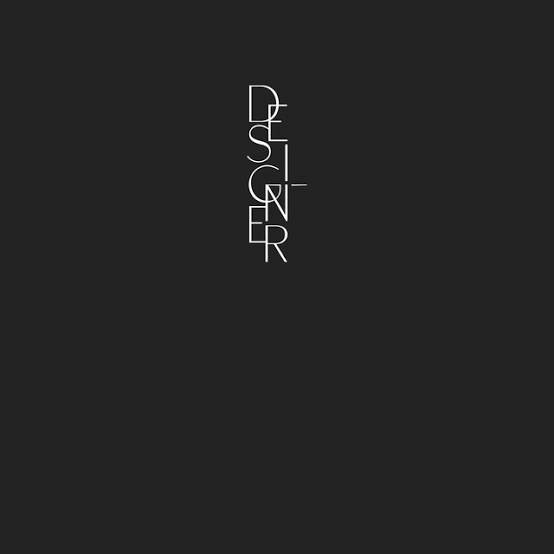 I appreciated Harding's previous album, 2017's Party, without properly loving it. But in Designer, it felt like the weirdness and idiosyncrasy fully fused with the music and I couldn't help fall madly for this album.

My kids love 'The Barrel' (though the blue alien mask in the video freaks them out) and 'Fixture Picture' - a sure barometer of Harding's pop-hit chops. 'Zoo Eyes', 'Designer', and 'Pilot' compete for the best song on the album from an 'adult contemporary' perspective, if that category was applied to grown ups who enjoy being challenged (rather than the opposite).

These songs are great live - or maybe it's better to say that Harding is great live: no song is ever sung quite the same way. It's so powerful to see someone sit inside their oddness, to be their oddness, and make art you know will hold its power as the years pass.

There's no artist, from NZ or otherwise, I'm more excited about seeing where they go next than Aldous Harding.

Song of the Year

As with previous years, if an artist has an album on the list above they're automatically disqualified from this category.

In researching this year's winner, I grew to love the album on which this one song appears, but I figure it's better to have the number 1 song than an album somewhere in the 8-16 range.

Before I get to the winner, some highly commended ribbons: 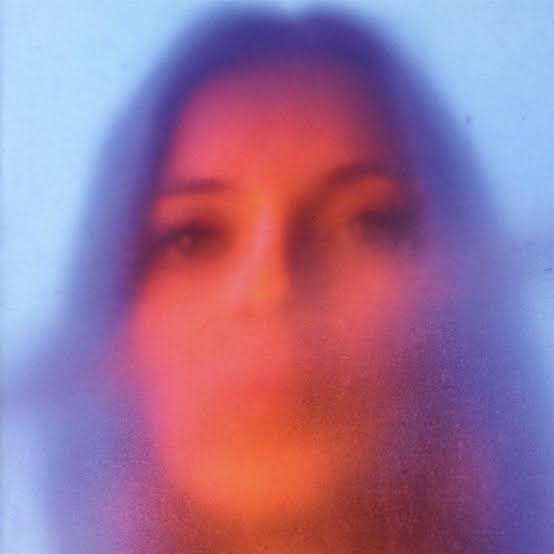 Catchy, angry, ironically joy-inducing, in and out in two and a half minutes... what a single!

Jade Bird has such a great voice. Despite the song hurtling forward at 90 miles an hour, her phrasing is immaculate. The fast-twitch version of Phoebe Bridgers.

Check out her self-titled debut album, too, please and thank you. I certainly will be listening to it a lot in January.
at 7:52 AM 1 comment:

Yesterday I crunched the numbers for the 61 books I read in 2019 and how I did with my reading targets.

Today, it's time to look at the books I enjoyed the most.

Boom - there's your best of the decade list right there.

In scanning through those best reads posts just now, some books have stuck with me more than others and I'd rejig there orders, but there's a lot of books I love on there.

Here's to another decade of great books!

#1 How to be Both by Ali Smith 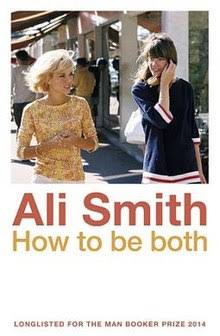 What I said about it in November:


Loved it... even more than I liked Autumn, which was in my top ten a couple of years back. It pushed a lot of buttons for me: it's about (partly) art and artists; narrative invention; a sense of whimsy without being flippant... Stuff it in my veins!

#2 The Peregrine by J.A. Baker 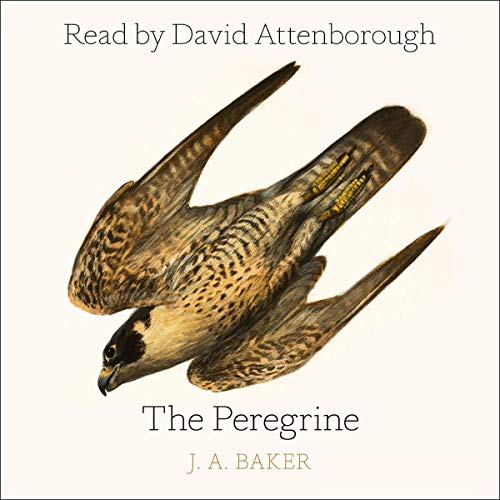 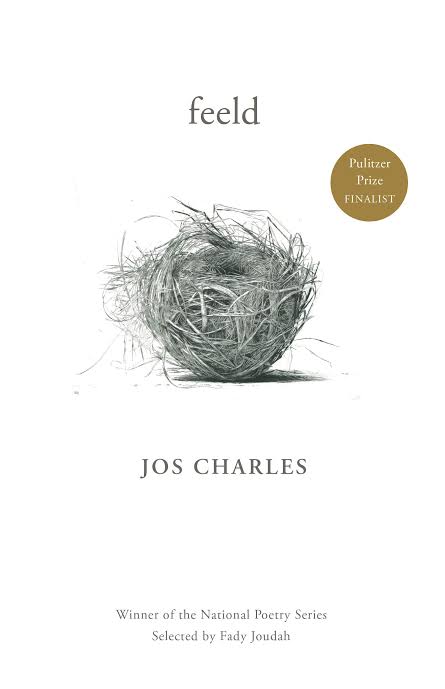 
#4 There There by Tommy Orange 
Wow. I loved this....I was still like: How's he gonna land this plane?And he fucking does!There's so much heart in here it's easy to overlook the head required to corral so many moving parts.

This is my annual multi-book fudge, as I read Books 1 and 2 this year and loved them both. Book 1 edges Book 2 because it felt more radical. I enjoyed Ferrante's Neapolitan Quartet in 2017, but My Struggle is just extra.

Here's what I said about Book 1 in February:


So I've finally got around to reading Knausgaard. I resisted because did I really need to read the inner workings of another white male writer? But golly, is it good. It had me thinking about life (and Life) and writing almost constantly.


And here's what I said about Book 2 in April:


Book 1 hooked me with its obsession with death, particularly the death of a father, and the brutal honesty (or the convincing facsimile of brutal honesty) of being a writer.

Book 2, as the title suggests, is more concerned with romance and what comes on its heels (in Knausgaard's eyes: the emasculating labour of the modern father), and the challenges of balancing family and writing, doled out with equal depth and brutality. So, again, it spoke to me...

...despite the fact Rooney's characters are a decade younger, there was a lot that cut close to the bone.

#7 The Angel's Cut by Elizabeth Knox 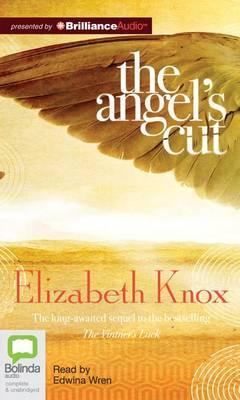 What I said about it in June:


It only took me ten years to get around to reading the sequel to The Vintner's Luck but boy howdee this was good.


#8 Dead People I Have Known by Shayne Carter 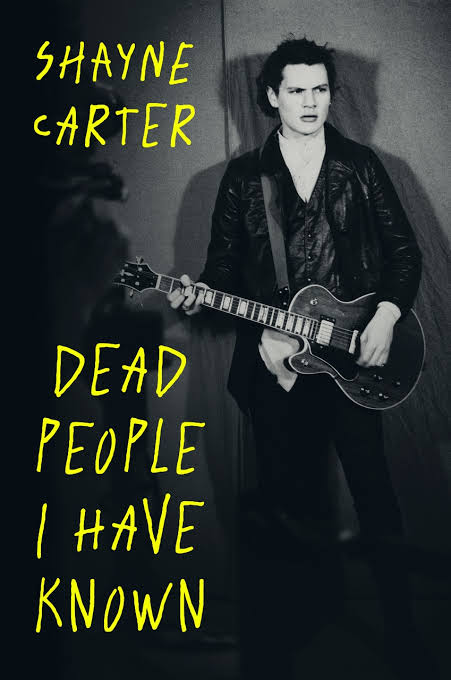 
I was partway through this book when I did a wee "fave books" thing for the NZ Women's Weekly. I said: "I’m also loving my current read: Shayne Carter’s Dead People I Have Known, which struts and sneers and sulks like a great rock memoir should."


There's a particular kind of story that suits the level of compression and focus required to make it feel bigger than a short story but not leave you wanting more. The title of Aira's 2000 novel, translated by Chris Andrews and published by New Directions in 2006, tells you a lot about how this one works.


#10 Basketball & Other Things by Shea Serrano 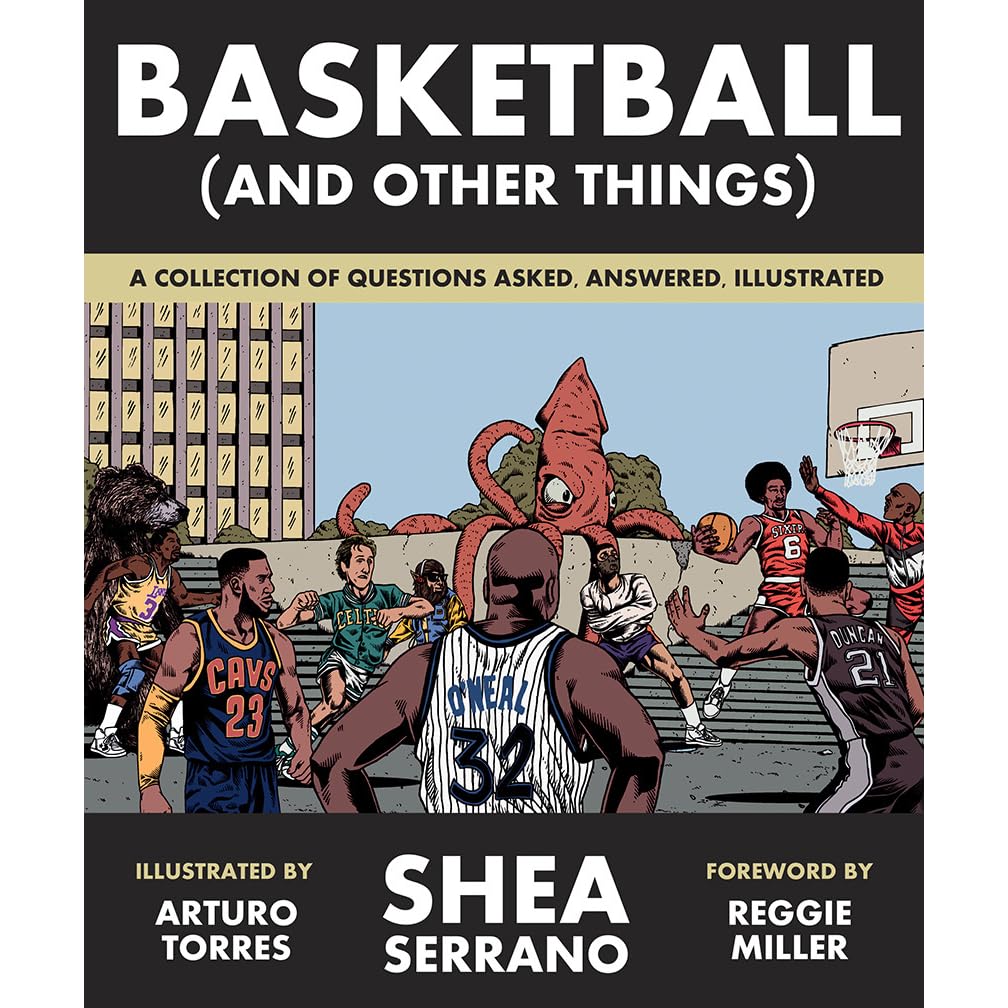 
Like the slow food revolution for NBA-heads. A wormhole back to the not-too-distant-past when you had to take some of these feats on faith, until the VHS arrived with the proof.It helped reduce my screen time and open windows into a more creative application of my own NBA addiction. 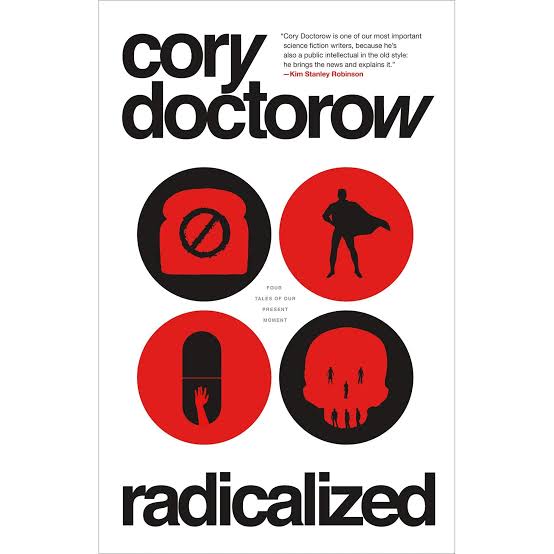 
...Would I have got more out of any of these stories if they were blown up to four-times their length so I could spend more time with the characters? No.Give me the bare essentials rather than bloat.Give me four high concepts for the price of one.Give me the hack to ensure my toaster can brown whatever the fuck I want.

I set myself some reading targets for 2019. I checked my progress at the end of August. And here's how I did overall:

41% of the books I read this year I rated 85/100 or higher (up from 38% in my August review). My ratings are unscientific - mostly just a way to help me choose my top ten - and I didn't say what percentage would justify a pass... but I reckon it's:

The remainder of the 61 were made up of 26 novels, 6 story collections, 1 graphic novel & 22 non-fiction books.

This was interesting, as I read 27% non-white authors in 2018 without a target, but I only hit at 6% the year before that, so hovering around a quarter isn't that bad, though it's not that great, either.


7. Read from at least 10 different countries


8. Read at least 5 works in translation

The allure of the new and shiny is hard to resist, eh?

6 of 9 targets met. I think the first two are the big ones: quantity and quality. The rest were prompts for me to read diversely. And while I read a number of highly enjoyable books this year, something about these targets made reading feel a bit like box ticking. I'm interested to see how I go without explicit targets or mid-point reviews. So I only have one target for this year:

But I will look at how I went against these other metrics at the very end of the year and do some trend analysis over the last 5 or so years.