The mop up: more from the This Fluid Thrill music awards

Yesterday I went on about my top ten albums of 2017. But to solely talk about a year's music based only on that format, a hangover from the days when there were only so many grooves they could fit on a spinning plate of shellac, is missing a lot of the point of why we listen.

Also, there's the fact no one (NO ONE) lives solely in the present. No one catches everything they might love the instant it drops. So let's start with stuff that never crossed my radar until this year...

(You should listen as you read this time.)


Discovery of the year: Hamell on Trial 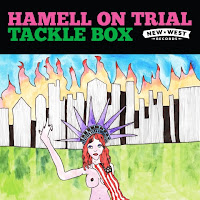 Ed Hamell has been releasing music as Hamell on Trial since 1989, apparently. I first wrote about him in August. 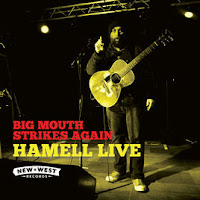 Back then I likened him to an unplugged Dave Wyndorf (Monster Magnet). Sometimes I think he's like the guy that turns up to the poetry jam with a guitar... and no one -- not the finger-clicking devotees of p-jamming (which no-one calls it) or the salt of the earth types whose bar has been overtaken by these quote-unquote poets and are trying to down the last of their drinks and slink out -- NO ONE wants to hear from the guy with the fucking battered acoustic guitar... but the barman and the two people who stay are like, HOLY FUCKING SHIT! Is he playing a one-man, acoustic version of the MC5's 'Human Being Lawnmower'? Yes and no.

No: he's playing his own material.

But yes, in a way, he's putting Detroit Rock City on his back and hauling into the age of Trump with his 1937 Gibson L-00.

I liked his 2017 album Tacklebox, but it featured too many kid songs / oddities. It felt a bit like a rap album with skits. My brain could not compute. But in terms of individual songs, there's a strong and memorable backbone of acoustic vitriol ('Safe', 'She ride it',  'Not Aretha's Respect (Cops)', 'Mouthy B').

His 2017 live album, Big Mouth Strikes Again, is a better entry point, especially for those of us not within Ed's likely touring circle.


Bonus discovery: Life without Buildings - Any Other City 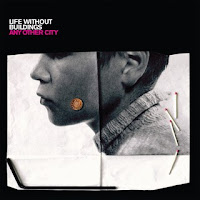 This band only put out one studio album in 2000, but it sounds so current.

If I was an A&R man, I'd be signing bands that sounded like this and saying they were the future of rock'n'roll (or maybe just rock).

And for a year like 2017, or the final third, which seemed to be about people finally paying attention when the dirty laundry of powerful white dudes was aired in plain view, and the slow but persistent trickle of individual stories of (mostly) females whose artistic life was made miserable, if not untenable, by industries of blind-eyes and abusers, to have this album, centred on the frenetic, clipped  vocals of Sue Tompkins, as a standalone item, a forgotten gem, something from the 'If only' file, seems sadly fitting.

This ignores, of course, the real reason the band split up after one album (?) and the fact Tompkins is a practicing visual and sound artist. So maybe the 2017 narrative can't be painted directly onto Life without Buildings, but Any Other City sure sounds like the soundtrack of the Northern Hemisphere's Fall to me.

What a meaningless category... so let me add some meaning.

I've disqualified songs off any album that appeared in my top ten, as those folks have already got some glory.

I'm looking for black sheep. The sort of song you anthropomorphise, giving it a heart and mind that may be nothing like the organs of those that went into making it. 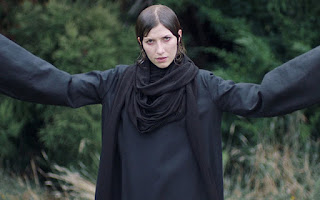 Earworms, in many respects. Songs where the artist's inner editor / better judgement might have killed it in utero.


In previous years I've tended to key in on catchy songs with nonsense syllables (eg You Won't 'Ya Ya Ya'; BRONCHO 'Class Historian'), rather than the subversive piano ballad that is clearly brilliant but my preschoolers will throw food at me if I slip it into a playlist (eg 'Horizon' by Aldous Harding).

The contenders:
And the winner is... none of the above. 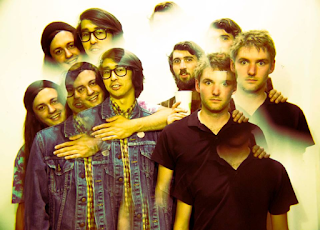 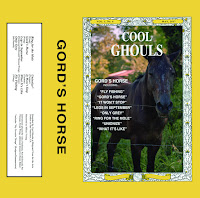 It doesn't even need nonsense syllables to be the catchiest song of 2017. It's all hooks. The riff, the tambourine I imagine is stomped on by foot, the repeated half-lines where the band chimes in on vocals.

They sound as if The Troggs have stumble into Electric Ladyland while Hendrix is there, though Jimi is too spaced to get up off the couch, so they start mucking around, leaving the catchiest answering phone message in the history of telecommunications.

And I think it's about something. Like: the lyrics seem to cohere.

Not that my son cares. He just pokes his tongue out when the song starts, pumps his knees and does the butter churn with two hands.

So that's two votes at least. Motion passed. 'Only Grey' is the SONG OF THE YEAR.

If you said to me on New Years Eve that 2017 would see new albums from The National, Cold War Kids, Big Thief, The New Pornographers, Destroyer, Father John Misty, Queens of the Stone Age, The Horrors, TORRES, Fleet Foxes, The War on Drugs, LCD Soundsystem, Waxahatchee... and a supergroup featuring the lead singers of Frank Ferdinand, Midlake (!), Band of Horses (meh), Travis (um) and Grandaddy (!) (BNQT), and none of those albums would compete for a top ten spot, my reactions would be:

ii) I guess that means it was a good year in music, then, right?

To call any of the albums I listed above disappointments is probably harsh (I listened to them all multiple times), but when I see some of them popping up in end of year lists (yeah, I've started perusing), I'm like, 'Have you even heard of Lost Horizons?!'

All through 2016 people kept talking about the number of legends that were passing (Bowie, Prince, um, George Michael...). None meant more to me, or hit me as hard, as Bowie, right back in January. In second place was the news that Gord Downie, frontman of the Tragically Hip, had terminal cancer. But he made it through 2016 and was still knocking around when Chris Cornell took his own life in May.

I wrote about Chris and Microsoft Encarta and whatever vibrations left my fingertips the day I heard the news (the day before I flew to Italy for a fortnight).

On that day I said there where only three musicians who meant enough to me "that I'd push everything else aside and write about them": Dave Wyndorf, Gord Downie, Chris Cornell.

(Wyndorf nearly died of an overdose eleven years ago, but it seems he's part cockroach, in addition to being part space lord). 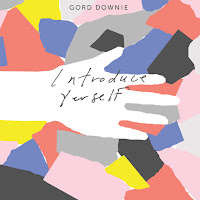 And then Gord finally passed away in October and his final solo (double) album dropped less that two weeks later. I mentioned a few times that I was thinking about writing something, or actively working on it, but the truth is I didn't know what 'it' was. There wasn't that same 'to hell with it' feeling as on the day Cornell died. Downie had been on borrowed time. It wasn't a surprise. And to have the album on its way, it seemed premature to write anything. And then I listened to the album, liked it, perhaps more than any of his other solo albums. Maybe I even loved it. 'Bedtime' still breaks me in three (frustrated father, loving father, sentient being).

But life marched on. And I never let myself properly process what it means to have loved an artist like I loved Gord in all his guises, and to have lost him, with only the scantest of personal connections.

And I still haven't processed what it means or what I feel.

And until I sit down to write something -- something other than a flippant blogpost about a year in music -- I won't really know. 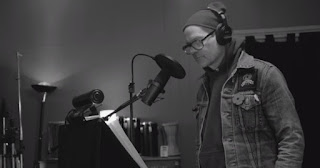