While I was sleeping

In the mail the other day I received a package from Random House containing their rights catalogue for the Frankfurt Book Fair. Right at the start (authors are listed alphabetically, with lit-fic first) there’s this page: 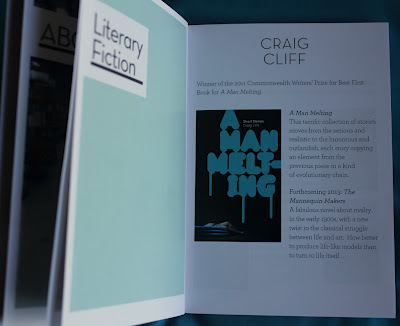 This is the first official document spruiking my new novel. Note: The Mannequin Makers is still a working title, but it may stick.

RHNZ did ask me if it was okay if they tried to sell my novel’s rights at Frankfurt (I said yes), but I wasn’t involved in the 32-word blurb. It’s clearly based on the 40,000 word chunk I sent them back in November 2011 and even though the book has grown and morphed since then, I’m not offended by anything.

The interesting thing is to flick through the rest of the catalogue and see the other RHNZ writers with “Forthcoming 2013” titles in the catalogue. I’m already self-conscious about the number of recent New Zealand novels that are set in the past, and it seems this trend is set to continue into 2013. Fiona Kidman has a novel, The Infinite Air, based on the life of Jean Batten. Carl Nixon has The Virgin and the Whale, set in 1919 and about a woman whose husband is missing in action.

Okay, so that's only two other novels set in the past, but what about the books from Penguin, VUP, Huia and whoever else chooses to front up in 2013?

This trend for looking backwards to make things up may be buoyed by technology (Papers Past et al make immersive research quicker and broader) and publisher's willingness to fork out for old-timey books, but ultimately:

Of course, I was aware of the flood of (*deep, sonours voice please*) serious, literary fiction set in the past when I was a quarter / a half / three-quarters of the way through my novel. Once I was underway, the other books out there helped me to better define my niche. There was a slice of New Zealand life a century ago that was under-represented (the urban, the modern) and a type of story ('tale' might be a better word) that wasn't being employed when dabbling in the past (the adventure). So I felt encouraged to steer towards that type of book.

(Of course, the book had other ideas, steering me back to the mythology of the rural and underpopulated, the rough and savage, in the final section, but these things happen).
at 7:00 AM No comments:

During my crash I couldn’t face reading a physical book, but was happy enough listening to them. Since handing my novel in I’ve had my eyes tested and I need glasses. I’m short-sighted, so I can still read book and work on computers without specs, but it’s likely the strain my eyes have been under has contributed to the difficulty I’ve had reading (and finishing) physical books this year.

Anyway, here are my brief reactions (*mildly spoilerific*) to the last four audiobooks I’ve listened to:

C-Dick’s shortest novel. Not his best: too overt, the characters are ciphers for the message. Tom Gradgrind’s bouleversement from a man of pure logic and reasoning to a remorseful father laid low by feeling is both inevitable and unearned. But still, it’s Dickens, so it’s worthwhile.

I don’t know why I listen to these sorts of audiobooks. I always feel greatly let down by them. I guess I expected to hear some names I hadn’t heard before, or for some theories to be connected to everyday life in new and eye-opening ways. Instead I felt like the smug kid in a high school class who did all the readings over the summer holidays, when really I was looking to be humbled and informed.

The Human Factor by Graham Greene

A low-level intrigue in a low-profile section of the Foreign Office (MI6) at a time the UK was rapidly decreasing in international significance. Somehow Greene manages to tell a tale that is both suspenseful and also deeply human. The air gets let out slightly before the end, which is a bit of a shame, but still a good read.

Journey to the centre of the earth by Jules Verne

I read some Jules Verne when I was younger, but not this one. I wonder if I would have liked it at 12? I didn’t like it at 29. They don’t even make it to the centre of the earth!

Two years as columnist: still not worth a hill of beans 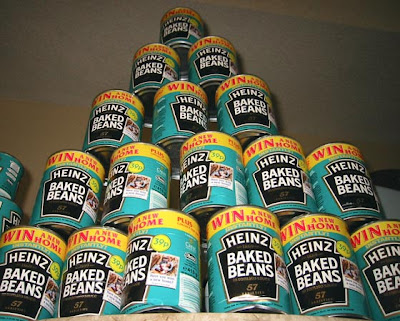 At a dinner for the writers who'd appeared at Wellington's Writers and Readers' Week in March this year, a visitor from the UK mentioned that he'd read my column in that morning's newspaper. That particular column had been about my time at the Perth Writers Festival the fortnight previous ("if you're lucky a well-respected novelist will skull the last of their wine and admit they think their most recent book is by far their worst").

I made the sort of pat, 'Watch out, I might write about you!' joke that I don't find funny but persist in making. Ha ha ha.

At some point in the evening we got in a heated discussion about Woody Allen.

For badmouthing the execrable Midnight in Paris I got a hand shoved over my bad mouth.

'Say what you will about his recent films,' said my interlocutor, his sweaty palm still pressed against my lips, 'but you mustn't say a bad word against him. The man is a genius.'

My eyes, cartoon-wide, stayed that way even when he withdrew his hand.

He then said something embarrassing about me being a good writer (based on a snippet of a short story he'd heard me read a few days ago that the wine had ratcheted up to something approaching significance) and that my column wasn't worth a hill of beans. In the great wash-up, it was only proper literature (and, I suppose, films) that mattered.

I nodded. I agreed. At least that my column wasn't worth much. I mean how could it compare to a hill of beans?

The image in my head is a Mayan pyramid of baked bean tins, but perhaps he was thinking of a large mound of dried kidney beans or a verdant pile of freshly picked runners? All three crop up on a Google Image Search for "hill of beans" and all three would surely trump a fortnightly 500-word braindump. I mean, a hill of beans would feed a lot of people. Okay, a hill of beans might need a bit of security or someone to patrol for vermin, but it wouldn't come with the same sense of constant failure (failure to be interesting, failure to be funny, failure to be topical, failure to avoid the humblebrag) and the dread that any day you'll get the email that tells you you've been shitcanned. Format changes. New directions. Thanks and best wishes in future endeavours.

But so far, this email hasn't come.

It's been two whole years, which means 52 columns (as of Saturday). Marcus Lush (I think) recently said on Twitter that most columnists only have three good columns in them. Hopefully I write those three before I get that metaphorical sweaty palm across my lips and am told there's no slot for me next Saturday.

En masse, these 52 columns might not be worth a literal or a proverbial hill of beans, but if you stand back far enough, it's neat (yes, I just said 'nea't) that I've been paid to write about:

Of course, the hope is that during this time I've been doing something that might amount to more than a hill of beans. Perhaps it's THE NOVEL. Perhaps it's the bump I wrote about in column #51 (a well I will no doubt return to, craven and unapologetic, a few more times before December). Who knows? Who cares? Sometimes it's just nice to have a deadline and the chance to talk about track pants.

It sure beats a sweaty hand across your mouth.
at 9:44 PM No comments: