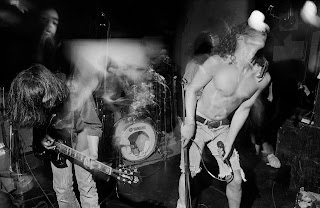 I sing when I’m at home. In the shower. While I cook dinner. Always badly, but I sing.

My kids, even though they’ve grown up with my constant singing, know it’s terrible and often tell me to stop. When I run the bath — which I do every night for three minutes of solitude after the rush of cooking for, and struggling to feed, my treasured monsters — I sing. There’s no one there to yell ‘stop’ or throw hands over their ears. The acoustics aren’t quite as good as the shower, but I can forget how bad I sound with the bath filling and sing in the style of people in their twenties when I was a pre-teen.

For the last three weeks I’ve been singing ‘Nothing to Say’. I’m not sure how this earworm worked its way into my repertoire in the autumn of 2017, but it was kinda funny, the way it fell just short of being ironic, that in this year of being paid to write whatever I wanted, I kept telling the bathtub I had nothing to say. I thought about writing about it. About how this song, through a quirk of musical availability in the pre-internet world, had started something.

But I didn’t write it after the first week, or the second. And then this morning I learnt Chris Cornell had killed himself in his hotel room in Detroit. Had ended his life mere hours after a Soundgarden show.

After a little while, I also thought, ‘Shit, I can’t write that thing anymore.’

Because I never wrote about Bowie or Scott Weiland when they died.

Because there’s something so fucked about colonising the death of someone you’ve admired from a distance with your personal reflections. As if, by sticking your flag into the corpse, you can personalise your impersonal affections, requite your unrequited love.

But then I thought if it was just an issue of timing, of not wanting to be one of the crowd, perhaps I should still write something. I needn’t post it. At least not straight away.

I made a mental list of the musicians who meant so much to me that I’d push everything else aside and write about them. I could list three: Dave Wyndorf, Gord Downie, Chris Cornell.

[And now, after finishing it, I’ve scrolled through my Facebook feed and no one is talking about Chris Cornell anymore and I’m thinking fuck this shitty, attention-deficient culture and I’m gonna post this now and then go offline before I talk myself out of it.] 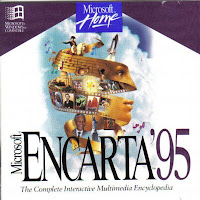 I first heard Soundgarden on Encarta 95. The CD-ROM encyclopedia came with my family’s first PC and it would be another couple of years before we had the internet, so Encarta was basically it in the way of authoritative knowledge in my house besides maybe my parents (iffy propositions) and the newspaper.

Where Encarta beat my folks, the newspaper and even the leatherbound volumes of Encyclopedia Britannica at my Nanas, was that it had audio and video clips.

For some reason, Encarta had a clip of ‘Nothing to Say’, in which Chris Cornell screamed tunefully (or sung screamfully) about his own in articulateness. I was twelve and shy and catching up on grunge just as its first, heady phase was ending. But Encarta didn’t have a clip from Nirvana or Pearl Jam or Alice in Chains (or Zeppelin or Sabbath or The Beatles). I think it may have had Elvis Costello’s ‘Pump it up’ (anyone?), but the only one I can remember vividly —because I returned to it whenever I was done “researching” whatever had prompted me to slide that CD into the tray — was ‘Nothing to Say’.

Soon enough I’d be sucked into Superunknown (I couldn’t decide if my favourite song was ‘The Day I Tried to Live’ or ‘Fell on Black Days’ – the answer depended on how depressed I was / how much I privileged Ben Sheppard’s bass over other elements of the band), then back though Badmotorfinger and forward through Down on the Upside.

For a long time I thought Soundgarden had two singers, one who sung and another who screamed. Later I learnt that Cornell had thought the same thing about Led Zeppelin. So there’s something to be said for growing up without the internet. 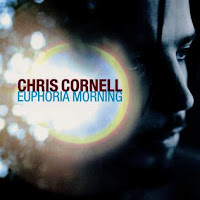 When my father died in 1999, I was given two jobs. Choose the music and write the eulogy. (Also: eat something!)

My father had been suffering from depression. He’d only just been diagnosed, though the doctor said he would have been suffering from it for many years. That the crisis of the past few weeks were part of something much bigger. A calmer, better-fitting black dog, but one more difficult to dislodge. He was prescribed drugs, or drugs were the next step, but then he died without ever popping a single Prozac.

In my eulogy six days later I quoted from ‘Seasons’, a solo effort from Cornell that appeared on the Singles soundtrack:

What I wanted to be saying, what I thought I was saying, was that I understood. That I forgave my father.

(Forgiveness —  proper, complete forgiveness — it turns out, took longer to manufacture, but now I look back at those words, and the sentiment with which I’d used them, and say, ‘Yeah, totally.’)

I included two other Cornell songs on the cassette I gave the sound guy at the church: ‘Say Hello 2 Heaven’ from Temple of the Dog (the funeral coincided with the week I believed in heaven) and ‘Sunshower’, a more recent solo Cornell offering which, I think, played after Joe Cocker’s ‘With A Little Help from My Friends’, my dad’s favourite song and the one to which we carried him out to the hearse.

Cornell’s music wasn’t my father’s (he liked Soundgarden well enough, though seemed more interested in Radiohead), but he was dead and I figured people would cut me some slack if I inserted a bit of myself into proceedings.

Later that year, Cornell released his first solo album, Euphoria Morning. I remembering listening to it in the car a lot as we drove around the country, my mum, my brother and I, staying with relatives who offered escape and distraction (for me and my brother) and a willing ear (for my mother).

Originally, Cornell was going to call the album Euphoria Mourning, but the ‘u’ was omitted in a typo at some point in production and the new title stuck. The sense of loss, though, was apparent to me. ‘Wave Goodbye’, in which Cornell does his best Jeff Buckley to farewell, uh, Jeff Buckley. ‘Preaching the End of the World’. ‘When I’m Down’. ‘Disappearing One’. Cornell had made an almost tender album for me to wallow in my grief (and the general teenage downer that I’d been on before my dad’s death), and it was wonderful.

In 2002 I was at university, living in a different town, living a different life. I was less imprisoned by my shyness, less hobbled by grief and my arrogance, which had bordered on misanthropy, had been chiseled away in the process of living this life.

Then I got really sick. I was coming back from University Games in Hamilton, in a van full of other students, and had to throw up in Taihape. By the time we made it back to Wellington I was a shivering wreck. My girlfriend took me to A&E and they thought it might have been meningitis. I got a spinal tap. I remember the pain. Trying not to vomit while they drained my spinal fluid. The fear.

After a shitty night in hospital they told me it wasn’t meningitis. A severe viral infection was as far as the diagnosis went before I was dismissed and left to lie in my bed for a week wracked by headaches, vomiting and diarrhea. 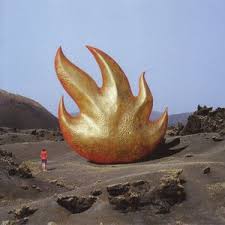 At some point in this hellish week I heard ‘Cochise’, the first single from Cornell’s collaboration with members of Rage Against the Machine. This was still before the internet was ubiquitous. My flatmate had it on the PC in his room, but I didn’t have my own device (I wrote all my essays in computer labs!). So when ‘Cochise’ came on the radio, it was the first I’d heard of Audioslave. And it blew me away, in spite of my physical weakness and torpor. I listened to the same station for hours until they played the song again so that I could record it onto a cassette, something I hadn’t done since leaving home.

After a skittery intro that called to mind rotor blades and scorched earth, Cornell comes in at full volume (I love the conversational ‘Well’, but the way):

Two minutes before, three years had felt like a lifetime of distance between me and the kid I thought I’d left in Palmerston North. But here was Chris Cornell talking to me once more, thrillingly locked in his screaming register (save for a bridge that ends in the screamiest of screams), backed by a heavier, funkier band.

Had I heard about the collaboration with Morello, Commerford and Wilk before I heard the song, I’d have shaken my head and said, ‘Trainwreck’. But it felt as if Cornell had managed to bend Rage to achieve his own means. Which is pretty much what Cornell did for three records with Audioslave.

I was lost in the pages Of a book full of death Reading how we'll die alone And if we're good, we'll lay to rest Anywhere we want to go

Even the titles ring out with Cornell’s fixations: ‘Last remaining light’, ‘Drown me slowly’, ‘Heaven’s Dead’, ‘The Curse’, ‘Until we fall’, ‘Broken City’, ‘Nothing Left to Say But Goodbye’…

Far away from here

When Cornell was young, his depression had such a grip upon him that he could not leave the house.

But then he did.

And he kept leaving the house, kept producing music about depression and crucifixion, kept penning goodbyes that weren’t quite final until now.

Chris Cornell had plenty to say and he said it. I’m sad that he’s not with us anymore, that maybe he felt like no one was listening, that he couldn’t grow feathers amid this last storm.
I mean, fuck.

But then I listen to a song like ‘Boot Camp’, which is off Soundgarden’s last record before breaking up in 1997. It’s less than three minutes long, without sharing any traits you might associate with a sub-three-minute pop song. It starts with a two-phase, 1:14 long, intro, followed by a long, meandering verse and a soaring refrain (‘Far away, I’m far away from here’), and it suddenly wraps up.

It’s a track that could have resolved itself in seven minutes, become more of a song, but also, I suspect, harder to love.

Chris Cornell means more to me than a tiny tingle of cusper nostalgia. He’s more than the soundtrack of a morose thirteen-year-old or a grieving-sixteen-year old or an incapacitated nineteen-year-old. Because he’s all of these things. And none of them. However much I might think that I could conjure him up with my words, that there’s something redemptive in them, I can’t / there isn’t.

All that’s left is the familiar routine of grief-binging on an artist’s back catalogue and dipping in and out of the reports that will emerge over the coming days (the latest means I’m not sure I can listen to ‘Pretty Noose’ any time soon).

And this, of course, this bit, where I dutifully provide all the links to places you can get help, and then I personalise it in the hope that I can extend a life and expand, by whatever margin, the joy and music and sorrow and beauty in the world.

If you’re in New Zealand, here are three places to start:

But don’t forget the music…