So before I do my annual 'best books I read last year' post, I'd better put down a few thoughts about those books I read in the last part of 2014...

Here's some reading writing about my reading music:

To Rise Again at a Decent Hour by Joshua Ferris (novel) 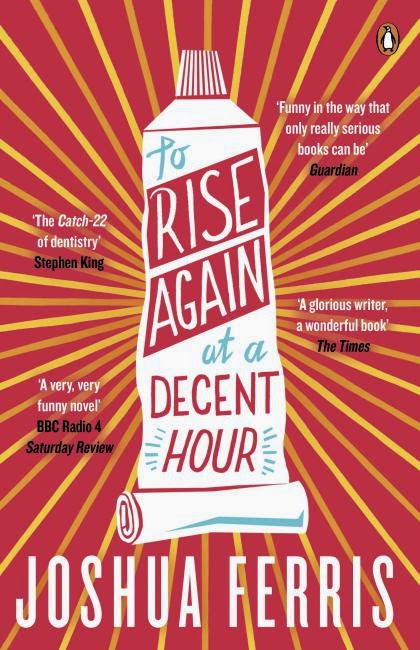 Ferris is hot or miss for me. His debut novel, Then We Came to the End made my top ten in 2008. His next novel, The Unnamed, did not impress in 2010. I really liked his short story, 'The Dinner Party' when it appeared in the New Yorker... then went off it when I heard it again as part of the New Yorker Fiction Podcast.

From the first few pages, it was clear that To Rise Again at a Decent Hour - despite its titular similarities to Ferris' debut - was more like The Unnamed, ie: focussed on a middle-aged white dude going through a kind of breakdown / meh.

What's new here? Well, depends what you mean by new. There's a definite Phillip Roth ("ranty" as my wife would put it) quality to TRAAADH's first person narration that's new for Ferris, and there are moments when the rants sublimate and I started to enjoy myself.

I know exactly where - page 70 - because I folded the corner of the page over and said to myself: "Oh, this is getting good." Paul O'Rourke starts ranting about Google and me-machines...

She'd also forget who starred in what, who sang this or that, and if so-and-so was still dating so-and-so, and for those things, too, she'd abandon our conversation to secure the answer. She no longer lived in a world of speculation or recall and would take nothing on faith when the facts were but a few clicks away. It drove me nuts. I was sick to death if having as my dinner companions Wikipedia, About.com, IMDb, the Zagat guide, Time Out New York, a hundred Tumblrs, the New York Times and People magazine. Was there not some strange forgotten pleasure in reveling in our ignorance? Couldn't we just be wrong?

This region of ranting is enjoyable as it's still tied up with character (Paul, the narrator, is explaining why he ended his relationship with Connie, but also giving us more evidence why Connie wouldn't want to get back with Paul), as well as being an angry reflection on contemporary life.

Unfortunately, before and after this period in the book, the rants are less connected to plot or character (except for the "Look at how grumpy/fucked up Paul is!" effect).

The result of all of this is I'm afraid how Then We Came to the End would hold up to a second reading. Especially since I'm not the same office-hating 25-year-old I was when I first read it... 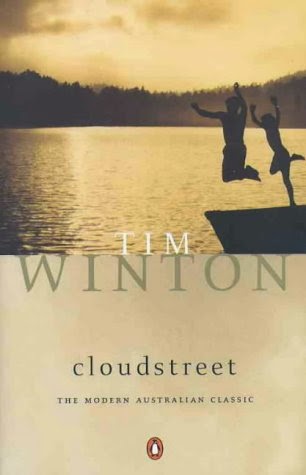 Honesty box: I'd read Dirt Music and Breath and one of Winton's story collections, before tackling Cloudstreet... and I'd always thought Cloudstreet was Tim Winton's first novel. Guess this goes to show how little New Zealanders are schooled in Australian Fiction.

'Wow!', I thought after a couple of chapters, still labouring under my misapprehension, 'he could write like this from the get-go??'

Maybe he could. But Cloudstreet isn't evidence of a savant. It's the work of a talented writer with years of practice, a life of observation, and a good dollop of gumption.

It still feels like a younger man's book, with too much crammed in, those elements of surreality (the pig that talks in tongues; the times we slip inside Fish's head), and the sheer weight of misfortune that befalls its characters (near-drowning, losing a hand, miscarriage, death, death, death). And it did seem to go on forever (a fact not helped in audiobook form, I suspect).

I can see why teachers make 16 and 17 year old Australian kids read Cloudstreet. And I can see why most of these kids would be left cold, or bemused (the book a quarter-read),

I mean, I liked this book. But I prefer Dirt Music and Breath - which are more focussed. Less ambitious, perhaps, but more accomplished.
at 6:17 AM No comments: