The Girl in the Mirror by Rose Carlyle (novel, audiobook)

Much-hyped local success story - and I can see why. It has all the components of a compelling page-turner (and the equivalent when it inevitably translates to the screen), ranging from the dog-eared ("girl" in the title) and done-before (twins) to just twisted enough to feel new (the extended sequence at sea). I devoured it, and enjoyed the cascade of twists in the books final pages, but I couldn't help feeling I'd read or seen the book's twin before.

In the Clearing by J.P. Pomare (novel, audiobook)

Cults. I love 'em. The zanier the better. Pomare based his Black Marsh cult on the real life Aussie cult, The Family. Both The Family and the fictional version are notable for being fronted by a female. Aside from that, there's not much else unique about them, and zaniness is in short supply. Grimness, though, is available by the bucket-load, which suits the thriller genre better, I suppose.

This is the third of Pomare's novels I've listened to (insert comment from the green-eyed monster about how prolific he is), each of them relying heavily on female narrators. In the Clearing chiefly relies on two narrators, a girl in the cult and a yoga-teaching solo mother living in a rural community.

For the first half of the novel I did not enjoy for the simple fact the narration felt manufactured. I think I muttered aloud, "This is bullshit" on at least one occasion. The mother narrator does the old drip-feed technique with every last aspect of her current circumstances, to the point she says very little of consequence for long stretches. Lots of names are mentioned - Wayne, Henrick, Aspen - with no immediate explanation. She's only telling her story like this to build tension, but it's a fake kind of tension. Stringing out the backstory shouldn't be the engine that drives a story forward.

When the twist at the midpoint is revealed, which includes the relationship between the two narrations - not just who they are, but when they are - a lot of the narrative gymnastics can be dropped and the story  finally achieves its own forward momentum. There are more twists. I got sucked in. So in the end it was fine. I can see why everything was the way it was - I just get triggered by heavy-handed narrative techniques.

The Quick and the Dead by Cynric Temple-Camp (non-fiction, audiobook)

I've read Temple-Camp's first book, The Scene of the Crime, in fits and starts since I met him at a book event in Palmerston North. Both that book and this one recount various cases from his career as a pathologist (and before that, a doctor in the military) in New Zealand, South Africa and Zimbabwe (when it was still Rhodesia).

The Quick and the Dead doesn't shy away from the gross side of his field. Parasites, coprophagia, more parasites... I'm pretty squeamish - I can't watch surgery shows on TV - but Temple-Camp is so interested in everything that his curiosity is contagious.

This fat, YA fantasy-farce just wasn't my cup of tea. The fantasy elements reminded me of The Absolute Book and Ian Tregillis' Bitter Seeds - two reading experiences that contained a lot of "I can't actually picture what's going on here" and moments verging on boredom. Then there was the kind of humour at play, which seems to operate in the interstitial clauses in VanderMeer's wordy sentences. It felt forced and unfunny and clogged the plot. 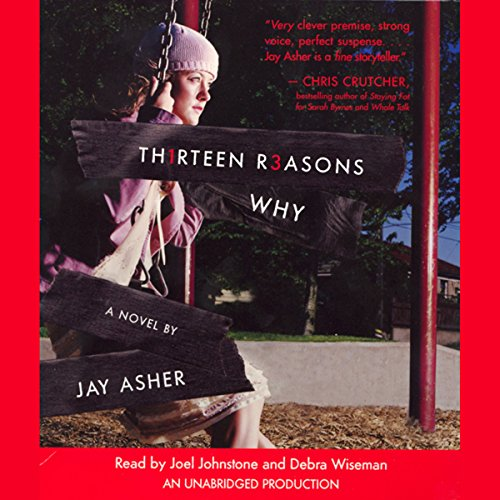 I didn't want to seem a snob about YA so I chose this book next. It was okay. But I totally get the glorification of suicide angle that many have levelled at the book and, especially, the show (which I haven't seen). And on that basis, I'd say it's best to avoid it.

In my search for a pleasurable genre experience, I turned to Henry's book. How could a novel called Beach Read not embrace its genreness?! And it delivered.

The graphic novelist Dylan Horrocks asked on Twitter last year (I think) where are all the romances written for men (or at least with male POV characters)? Henry's book features two writers, a female writer of romance (and our POV character) and a brooding male writer of literary fiction who references Jonathan Franzen at least twice, but there's a bit of David Foster Wallace in their, too. Henry does a good job of not resorting to kneecapping the lit-bros in order to raise up what might otherwise be called chick lit. It's a both/and argument rather than an either/or.

And it did get me interested in the challenge of writing male romance. It'd need a snappy name for the genre though. Dick lit? Nope. Bromance? Means something else already. 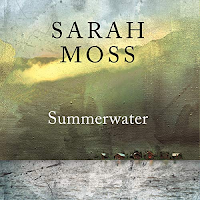 Ghost Wall promised so much but ended so quickly I felt short changed, so I thought I'd give Moss another go.

Summerwater is a story collection masquerading as a novel set at a bunch of holiday cabins beside a remote Scottish loch. There's a lot of rain. There are hints of something ominous. But again, the payoff just isn't there.

There are elements I really like. The contemporary-ness. The inside-a-range-of-people's-heads-ness. But after this I started reading more Ali Smith (Winter and Spring) and Smith does both of these things so much better. There's more bite. There's more bile. The politics and the integration of other art is richer. And the promise of the premise is followed through on.