It's been a busy two months. Manic, at times.

Sometimes everything wants to get through the eye of the needle at once.

A second burst of activity in support of Nailing Down the Saint (more on this below), the most challenging period of my professional (ie not writing books) career, a week in Melbourne for work, and in general the lowest ebb for my mental health in maybe fifteen years...

Back in early September it was Going West Festival, in Titirangi. It was my second time at the festival (the first was in 2011), and it still has the cosy, kindly curious vibe. I did a session with Rosetta Allen about our latest novels, ably chaired by Caroline Barron.

Then it was down to Dunedin with the family for a trip down memory lane (two years was two much for my son, for whom half a life has elapsed since my Burns year) and a solo session on the top floor of the city library. Afterwards, I had a chat with a Catholic priest who remembers St Joseph of Copertino being struck off the list of saints and was going to slip a little of the Joseph's life into the prayer group he was hosting that weekend.

At the end of September, Elizabeth Knox and I shared the stage for a Writers on Mondays session at Te Papa, chaired by fellow novelist Kate Duignan. We got cartooned, which was cool (second time in my "second" career).


Reviews? Well, there's not a lot of bandwidth for any writing these days, but I did have positive reviews in North & South and The NZ Herald. ("Satisfactions abound" is a pretty pleasing headline for a review (even if the headline was probably the work of a sub-editor who hasn't read the book.)

A short novel told in the first person, I was gripped throughout but the payoff for the ever-growing sense of dread felt a little meagre.

Another shorter book (though not as short or tight as Ghost Wall). This time it was the language that gripped me. The amazing, theatrical banter between the aging Irish gangsters, waiting at a North African port for the daughter of one of them. A blend of Shakespearean asides, Beckettian logic and Irish pub craic, it was so intoxicating the sections that lept back in time and away from the port flagged in comparison.

And another landing that felt less substantial that the waiting promised.

(I'm beginning to think I like the idea of short novels more than I do the reality.)

You Know You Want This by Kristen Roupenian (short stories, audiobook)

I wanted to find fault with this book. I wanted to look down my nose at the stories in this book whose blurb touts the face "Cat Person" was "the first short story to go viral". (I listened to "Cat Person" in 2017 and thought it was a decent story published at the perfect moment but two years later could remember very few details).

And yet my bias was defeated. This is a very good collection. Very very good.

Brave but not just for the sake of bravery. Bold but modulated in tone and intensity.


I don't read many books with faeries in them, but this is safely the best.

So weird to listen to this as an audiobook, pumped into my ears via my cellphone, when Boyle has turned his back on modern technology (he writes toward the end of the book about considering if there was a way to avoid typesetting the printed version of the book).

I originally put this book on my reading list as I thought it might provide some sparks for a post-apocalyptic story, but as life got shitty I could see the contemporary appeal of unplugging, tuning out and dropping off the map. Total middle class yt ppl masochistic fantasy on my part, but still. 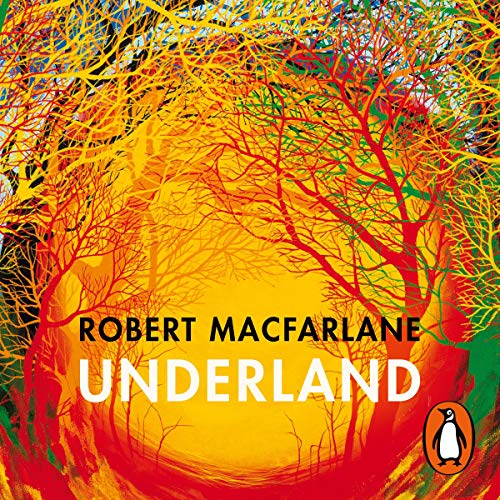 There was a good book here, but it's buried (*rim-shot*) beneath an excess of description and, just, too much content.

The two biggest challenges of writing about language on the internet in book form:

1) Managing tone - how do you pay due attention to interesting linguistic features and developments without disappearing up your own @#%?

2) Managing time - the internet moves fast - how do you talk about language, memes, platforms with a half-life of months?

McCulloch pulls it off in both respects.

When Morrison died in August, I knew it was long past due some of her books on my to-read list got taken off the shelf. Sula, her second published novel, opens up a world in its first few pages and adds so much depth to it, so deftly, that it's a little scary.

A mixed bag, as most anthologies are, but some standout stories from Kwame Alxander and Sunil Malhotra.

A blinded cop, two years into his convalescence. For most of the book, the tensions are between the reader and their expectations. Will this become a true hard-boiled detective story (early on, Detective Zadow is offered a new job on the force, a kind of human lie detector to weed out crooked cops)? Or is it a story of revenge... or depression... or medical misadventure... or madness? Is it a love story, comedy (the buddy cop chemistry between Zadow and Siri... yes, that Siri... is real) or a tragedy? Modern myth or missed opportunity?

There are a few cringy parts (okay, so maybe I'm supposed to cringe at the description of Zadow's Asian ex's "almond" eyes... every time they're mentioned and exoticised), but for the most part this is an interesting, absorbing psychological thriller in hardboiled garb.

Rookie Historian Goo Hae-Ryung - 20 hour-long episodes, really got sucked in after getting used to the variety of tones (it's a bit like Shakespeare... or anime). Has totally thrown a cat among the pigeons of my Netlflix recommendations

The Chills: the triumph and tragedy of Martin Phillipps (in-flight viewing coming back from Melbourne... I also watched another movie... some recent release from Hollywood, but for the life of me I can't remember what it was, which tells you all you need to know)

Rugby World Cup - my quadrennial descent back into caring about rugby