Okay, here goes. My nine favourite albums that were released in 2016 and three other awards. And, of course, a playlist!

Nerdy on so many counts (musically, lyrically, thematically), St Lenox is Andrew Choi, a lawyer-turned (home) recording artist. His backstory and this album (and 2014’s 10 Songs about Memory and Hope) seems to sum up the possibilities of artistic life now. So it’s production and existence is a positive message – no doubt.

But it’s subject matter is difficult to read without a pessimistic slant given events after the album’s release in October – the life of immigrant communities in the US (‘I’m going to New York City to chase the American superdream’), Politics (see: Nixon, track 4)…, Racial and socioeconomic (dis)harmony the Public School System (the title of Track 3!).

There’s a certain amount of prescience in the lyrics. ‘Thurgood Marshall’ could just as easily be talking about the Supreme Court’s ruling on Trumps Muslim Ban (and Trump v the Courts generally):

I'll need a sermon on the mount, need to be born againTurn a new leaf, a second spring, a new and visceral reminderThat good can triumph over evil, and the lawCan be a terrifying blunt force to strike theLove of country into brave young hearts

Sonically, Choi’s I suspect this is my annual ‘fall completely for the whole schtick/sound but the love won’t last’ entry. 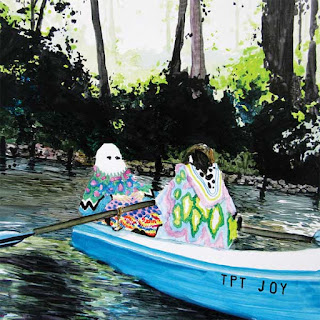 I discovered these Australians early in 2016 via their song ‘Carol’, which led on to their second album, Tales (2014). I loved the dirty, driving rock sound, but most striking is the work of singer Blake Scott. He inhabits a cast of layabouts, good-for-nuthins and scary buggers in his songs, and his voice takes on a real range, sounding in one song like The Sleaford Mods, and another like Mark Lanegan.

Anyway, I was so in love with Tales I started thinking up ways I could bend the rules and put it into my top albums of the year. Then in October, they dropped Joy. Same Scott roleplaying/voice-hopping. And songs like ‘Brains’ and ‘Rayguns’ hurtle down the track. But there are slower, more bifuricated songs on Joy, too. This approach goes down a treat on songs like ‘Kalgoorlie’ (she lost her sight in a bar fight) and ‘Constable’ (‘I got ghosts in my walls and in my pockets but at least I own my house’), where the scary buggers and misery can take centre stage.

This is a band I’d love to see live. If you’re reading this guys: it’s not far! C’mon. 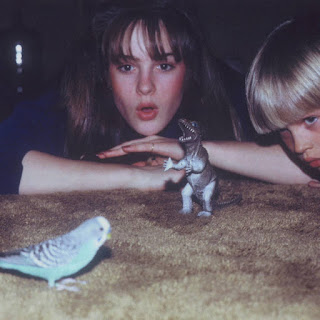 Big Thief – Masterpiece
It takes some cajones to name an album Masterpiece.

The title track (released as a single in 2015) was my gateway into Big Thief. It remains the standout track on the album – somehow straight-forward and lush all at once, eminently earwormable – but there are other fantastic songs here too, like ‘Paul’  - a love song turned break-up song thanks to a killer chorus rewrite, ‘ Interstate’, ‘Humans’, ‘Parallels’.

Big Thief makes to most of Adrienne Lenker’s voice and her articulate lyrics – but the secret lies in the band’s use of noise. This isn’t as a simple as a Pixies quiet-loud-quiet progression, or more recently Mitski’s chorus-goes-to-11 tic. Some songs (like ‘Randy’) stay in whispers and string tinkling the whole time. But when the noise comes, och! 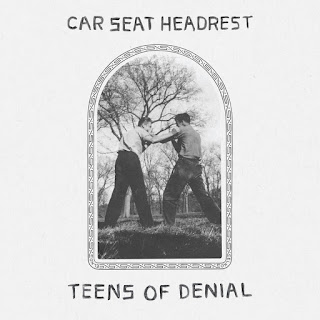 Will Toledo doesn’t really add anything new to the indie toolkit. CSH is less discordant Parquet Courts. A heavier Pavement. Whatever. And the fact this is Toldeo’s 13th album and he’s only 24? Well I haven’t listened to 11 of those (I feel like it’d be like someone going back and reading the short stories I wrote before I turned 23).

But the fact this is pretty much all from one dude? This feels like proper band music, not one dude in front of a computer (cf St Lenox). A proper band with a proper appreciation for its forebears and its audience. And it’s funny. 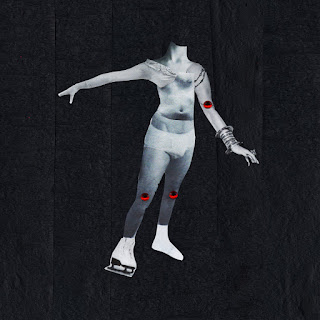 This is one that snuck onto the list thanks to my own tardiness. I love the song ‘1994’, but for some reason never listened to the whole album until January this year (if we’re being picky, the album was released in the US in 2015, but came out elsewhere in 2016 and I live elsewhere, so it’s fine, stand down).

And I only really ‘got’ PWR BTTM when I started watching music videos and live performances.

I don’t have that much knowledge of the queer punk scene to draw on, and I don’t want to be too reductive, but the fact that Liv Bruce and Ben Hopkins can rock out in dresses and ugly makeup in front of crowds of affectionately ugly cis and LGBTIQA kids and this boring white thirty-something in NZ can listen along to the album and dig it (and sound so old talking about it), is another ‘life in 2016 and beyond can’t be that bad’ indicator.

I tend to enjoy the songs that Ben sings more than Liv’s – perhaps because his deeper voice supports heavier musical backing, but together their output makes for a well-balanced album. 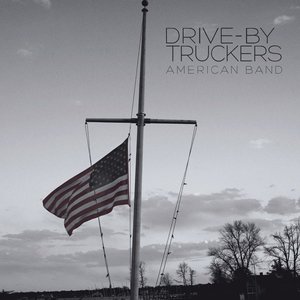 Okay, so if the theme of this list isn’t already apparent, it’s albums that make you feel that the world isn’t ending and the present is an okay place to be.

Drive-By Truckers had always seemed a strange mix to me. Southern and kinda big-C conservative sounding, but darlings of the elite tastemakers. On American Band the truckers swerve into the oncoming lane and address the present moment. Album opener ‘Ramon Casiano’ is about immigration (He became a border agent / And supplemented what he made / With creative deportation’). The next track is called ‘Darkened Flags at the Cusp of Dawn’, nuff said. ‘Surrender under protest’. ‘Kinky hypocrite’. ‘Once they banned imagine’. You get the picture.

It’s not all one way traffic, though. ‘Baggage’ is a powerful song about hearing of Robin Williams suicide (celebs died in 2015, too, remember) and Patterson Hood’s own experiences of depression. It might just be the song that best stands the test of time.

But for now American Band will be remembered as the album where Drive-By Truckers got political and stuck the landing.

Compare this to Sunlit Youth by Local Natives. The Natives are one of my favourite bands with a limited back catalogue. I loved 2013’s Hummingbird. It killed me. And seeing them like in New Orleans that year is still one of the best two or three gigs I’ve ever been to. 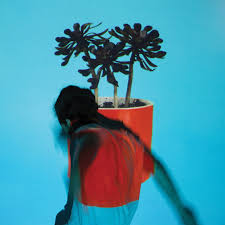 Sonically, they added some keyboards and some studious glitchiness that sounds so ‘now’ it’s a bit cringeworthy, but the harmonies are still there and the more I listened the more it sounded like the kind of The Local Natives I might ask for.

But lyrically, they pushed too far and exposed some serious naiveté. ‘Fountains of Youth’ is a transparent youth anthem that hitched its wagon to Hillary Clinton’s presidential campaign (‘We have waited so long, Mrs President). Listening to it now (like listening to the 30 for 30 compilation album) just makes me shake my head. ‘Fountain of Youth’ is a fake anthem – a song to rouse the already woke. It’s answers are readymade and, it turns out, insufficient. Optimism on record was not a good look in 2016.

But the Bush years ushered forth albums like The National’s Boxer, and maybe this reality check will help other bands remember the shittier side of things. Guitar music always works best when it’s the underdog behind the mic. 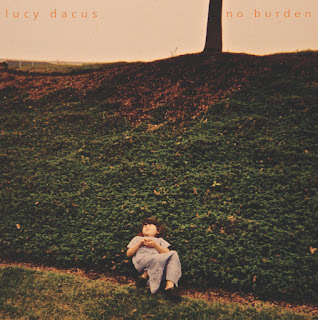 Lucy Dacus – No Burden
Speaking of underdogs and guitar music, 2016 was another strong year for female singer-songwriters and female-fronted bands. Lots of strong women taking the tropes of the swinging dicks who’ve ruled the roost long enough and subverting them while also, just fucking rocking in their own right. (Spotify’s Badass Womyn playlist is a pretty good entrée into this world).

Lucy Dacus’ debut album was one of my faves. It rocks. It’s honest. ‘I don’t be funny anymore’. ‘Troublemaker Doppelganger’. The album starts with such a head of steam and keeps you the rest of the way.

Momentum seems to be very important to how these songs are constructed. Album stand-out, ‘Strange Torpedo’, is just one long enjambment, it’s lines rolling over the end of one bar and into the next. Fantastic. 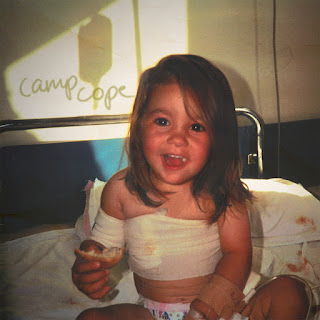 From the first line (‘This is the hardest ground I ever walked on’) it’s clear this is an Australian singing. I’m not sure what the accent is that Aussie singers slip into, but it’s so distinct. Georgia Maq sounds like a rock-reversion of Missy Higgins (or Sarah Blasko or Kate Miller-Heidke). A less precious Courtney Barnett. This isn't meant to be dismissive – I’m genuinely curious about what happens to their vowel sounds when they sing.

Anyway, back to Camp Cope. There’s some great lyrics.

Camp Cope: a good place to go for a bit of angst. 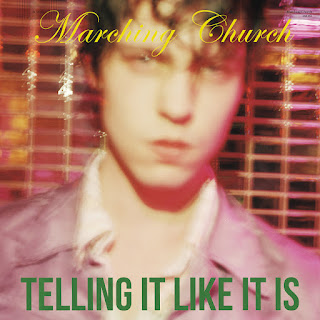 Marching Church – Telling it like it is
Rounding out my top 9 is another dose of angst. But this is not singalong pub music. I’m not sure what a Marching Church gig would be like.

Marching Church started as a side project of Iceage’s Elias Bender Rønnenfelt, and it’s his abrasive, detuned singing that’s the most immediate marker of this band too. I quite liked Iceage’s 2014 album Ploughing into the field of love, but Rønnenfelt’s very audible inhalations can get a bit much. There’s more of a beat to Marching Church’s music – something a little Boomtown Rats or The Cure – and Rønnenfelt breathes in more quietly (god, I sound like such a pedant – but listen to both albums and you’ll understand).

But just when a song sounds like it’s just about acceptable to put onto your summer barbeque playlist, the beat drops and Rønnenfelt moans:

Like a spotlight in some bizarre theatre of loneliness
Fist-fucked by destiny, I'm positioned like a beggar
At the heart of life, sugar

It’s moments like this that make Telling it like it is great and remind you not everything needs to be shared. 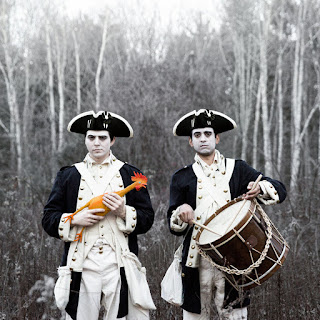 This category might be better named ‘A song release this past year that didn’t come from one of the best albums but was crazy catchy thanks to liberal use of nonsense syllables’. See also ‘Class Historian’ by BRONCHO. Bonus points this year for those nonsense syllables evolving into a kind of yodel. Genius.

Amid the Ya Ya Ya's, there's a sweet love song from one misfit to another:

I was curious how Low’s slow, melodic drone would feel live. Well, it felt amazing. It sounded recording studio quality, without feeling canned or pat. Those harmonies. The long, noisy interludes. Tremendous.

It's risky seeing bands live that I love to listen to while writing but @lowtheband tonight were great! pic.twitter.com/iF2hA9grK9
— Craig Cliff (@Craig_Cliff) April 1, 2016

Earworm of the year

‘Jet’ by Paul McCartney and Wings