BOOKS (in the order I read them)

Under the Sea by Mark Leidner (short stories, audiobook, US)

I was expecting shorter stories, and weirder stories, based on Leidner's poetry and Twitter account. I mean, there's weirdness and experimentation, but it's throttled down and/or dragged out. Still cool. But...

I can't watch surgery shows on TV and the opening section of A Mistake made the feeling drain from my fingertips, but I ploughed through. This is not a diss but a compliment to the realism of the surgery scene (and me outing myself as a bag of blood and organs that dislikes being confronted with this fact).

Shuker's wide-ranging interview with Kim Hill last weekend was a classic. A Mistake might be one, too. It's a slim but knotty read: highly recommended!

The Black and the White by Geoff Cochrane (poetry, NZ)

More of the same, Hallelujah Geoff.

I heard McIlvanney discuss this novel and read from it in 2017, when it was going through the last stages of the editing process. At the time I found the challenge of lightly fictionalising the Bible John murders a bold one to tackle and, as someone with link to the actual crimes, it felt like McIlvanney pulled it off. 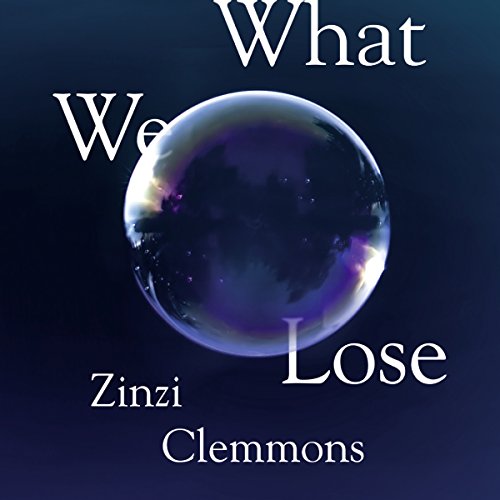 What We Lose by Zinzi Clemmons (novel, audiobook, South Africa/US)

Lightly fictionalised. That can mean many things - most all of them apply here.

To be fair, my head was still ringing from reading Knausgaard's A Death in the Family in Feb, and whatever you will say about the relationship between truth, memory and invention in the Norwegian's autofiction project, there's nothing light about it.

Clemmons' short novel, in contrast, is light on detail, light on invention, light on characterisation. As a daughter-of-cancer memoir, it's passable. As a work of fiction, it doesn't really leave a mark.

We Are All Completely Beside Ourselves by Karen Joy Fowler (novel, audiobook, US)

A lot of narrative/narrator gymnastics are deployed by KJF. And the book does a good job of being able to get away with a limited first person perspective and leaf in a lot of real life research and theory about human and ape cognition and development. At times it felt more like an exercise than an attempt at immersion - but maybe that was the shadow of Knausgaard again (eff that guy, amirite?)

Grief is the Thing with Feathers by Max Porter (novel, audiobook, UK)

My third short novel of the month (after Shuker and Clemmons). This one takes less than two hours to listen to at 1.0 speed. So: short. But definitely novelistic in scope and ambition. The kind of book you can, and in all likelihood: will, return to again and again.

Speaking of grief, this month was severed in two by the events of 15 March.

On a personal level, my family life was thrown into minor disarray as my wife is one of the hundreds of people whose professional lives have been repurposed in the wake of one act of terrorism and cowardice. It's nothing compared to those that suffered more directly, as victims or loved ones of victims, or even those for whom the event was intended to single out and rattle with fear. But all the law enforcement, security, intelligence, ambulance and hospital staff - and the other unsung contributors in the days and weeks of rebuilding a better normal that have ensued - have my gratitidude.

This is all to say I've spent a lot of time this past fortnight with just my kids, or alone once they are in bed, with my eyes leaking. Feeling helpless. Trying to tamp down rage. Fighting the urge to write about it, or worse, to tweet.

My wife and I were supposed to see Alejandro Escovedo together on the 16th, but as she had just worked 30 hours straight, she slept and I took my brother instead. Escovdeo was clearly shaken by the events in Christchurch but was so genuine and warm that I can't think of a better artist to commune with at such a moment.

Towards the end of his set he had the house lights brought up (with some difficulty - no one at Caroline seemed to know where the switches were) and performed three songs from the floor. I know he's been doing this all tour, but it's still the ultimate gesture of vulnerability and generosity.

Truly a performance I will remember forever.

The next night I was supposed to see another concert with my brother, Regurgitator, one of his favourite bands in his youth, but I had to look after my kids.

I had tickets to see Gang of Four on the 27th, but that was postponed due to Andy Gill's ill health. So I must wait until 13 November to see the foundational post-punk outfit (or parts thereof).

Add to this Julien Baker's NZ tour in Feb being cancelled, and 2019 hasn't been the most auspicious for live music... but if that one gig from Alejandro Escovedo is all I see this year, by crikey I'll still be grateful.

I've also been playing a bit of Red Dead Redemption II (all these nights on my lonesome) and find it pretty tedious and yet I can sense that I'm probably one more gameplay session away from being hooked.
at 3:54 PM No comments: