Checking in on my reading targets for 2019

In my end of year reading post for 2018, I set nine targets. Here's how I'm tracking two-thirds of the way through the year.

I didn't define the target, so I'm gonna say "great" equals books I've rated 85/100 in the spreadsheet I use to track my reading.

I've read 40 books through 8 months, which extrapolates to 60 books for the year.

Currently on pace to read 3, but this target has been hit by the City Library closure and me not getting back into the flow of borrowing poetry books. I reckon I can do it, even if it involves a bit of cramming in Summer.

Right now I'm right on 40% female, 60% male. This one jumps around month-to-month, so it's useful to know I don't have much margin for error.

Currently only hitting 20%. If I do read 60 books, of the next 20, 12 need to be non-white authors. Which is totally doable, but not something to be taken for granted. (Again, I blame to cultural hegemony behind what books get audiobook versions, but that's no excuse)

Again, I'm at 40% exactly. Knowing this, I'll be able to choose other voices and hit this target comfortably.


7. Read from at least 10 different countries

I've read from 11 countries already (US, NZ, Australia, England, Scotland, Ireland, Norway, Russia, South Africa, Italy, Argentina). So I've met the target but I'd still like to get a bit more diverse.

8. Read at least 5 works in translation

I've read 5 works in translation so far. Again, would be nice to add a couple more/

Um. So far, the median age is 2018. If I read 60 books in total, and the next 20 are all golden oldies, the median age would still be 2014. So I think it's safe to say I'm not gonna hit this target. I blame the non-fiction bender I've been on, with a particular interest in things like climate change, depression and prejudice - so the more contemporary the better.

But I'll make a note to read a couple books with a least two generations remove before Christmas.

The most likely outcome had I not done this check would've been 5/9 targets, assuming I messed up one of the two 40% targets, but now I reckon I'll be able to hit 8.


CASTING OFF THE SAINT

This month was launch month for my third book, Nailing Down the Saint.

I was in Hamilton for a panel on Contemporary Fiction on the actual day the book appeared in stores (6 Aug), as part of Hamilton Book Month. The highlight was meeting a former nun during the book signing afterward who could remember watching a film about St Joseph of Copertino back in her convent in the late 60's, and could still describe the final scene in detail. I was able to fill in some of the blanks such as the title (The Reluctant Saint, 1962) and we discussed the odd casting of an Austrian actor as St Joseph in an English language film about an Italian saint... Was not expecting that on my first public outing with the book.

Then I went to Palmerston North on the 13th for an intimate event at Bruce McKenzie Booksellers. Academic and fellow Penguin Random House author Thom Conroy graciously introduced me and questions from the floor led me into fun and challenging territory.

The next day it was a lunchtime Q&A session with Brannavan Gnanalingam at Unity Books in Wellington. You can read a write up of the event on Unity's website.

It was very cool to get out there, particularly (re)connecting with the independent booksellers (shout out to Poppies in Hamilton, too) who are such great champions of local lit.

Still to come in September:
With a couple more things booked or in the pipeline later in the year.

(Let us say nothing of the dire book coverage in printed and online outlets... For now.)


The subtitle is "fictional non-fiction", which immediately made me weary. Klosterman's a non-fiction writer who made his name by dwelling on the areas of culture you're supposed to gloss over (heavy metal in Killing Yourself to Live; all the junk in Sex, Drugs and Cocoa Puffs). He's branched out as his career progressed but this is his first book-length work of fiction...

And it's a collection of short stories.

Calling it "fictional non-fiction" and blurbing it with phases like, "Microdoses of the straight dope, stories so true they had to be wrapped in fiction for our own protection", and "Fair warning: Raised in Captivity does not slot into a smooth preexisting groove"... when it's just a slightly off-beat story collection frustrates me. I get why (story collections don't sell, etc etc), but it's this frustration that is the overriding memory of what is, otherwise, a fun collection of short stories.


Read in preparation for my Going West session. We should have heaps to discuss!

I listened to this in two chunks in one afternoon/evening, as I drove to and from Palmerston North for my event on the 13th.

There was a fair amount of cognitive dissonance at play, charging my petrol vehicle on a 300km round trip while Wallace-Wells (who narrates the audiobook himself) describes (at 2x speed so as to fit the book into one journey and satisfy my inner impatient consumer) the collision course our planet is on with unequally distributed, climate-inflicted misery and death.

As a book, it'd make a great introduction to climate change. But I was expecting/hoping for more in the second half when it promised to describe what life will be like on Planet Earth if/when we careen off the cliff at something like 3 degrees of warming. I guess the fiction writer in me was wanting something more grounded, but the consequences of things like sea level rise, mass extinction of fauna and extreme weather were delivered with the same helicopter view as the precis of climate science that necessarily preceded the sooth-saying sections.

Chernobyl: the history of a tragedy by Serhii Plokhy (non-fiction, audiobook)

Like, of all the words, right? The narrator puts so much effort into getting the Russian and Ukrainian names right and then it's "nukeular" this and "nukeular" that, to the point I doubted MY pronunciation (and sanity)
— Craig Cliff (@Craig_Cliff) August 10, 2019 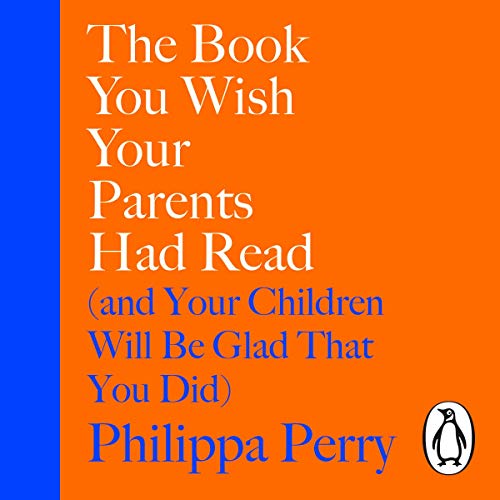 The book you wish your parents had read (and your children will be glad you did) by Philippa Perry (non-fiction, audiobook)

This wasn't research for a book. I've kinda done my parenting fiction with Nailing Down the Saint (and pre-parenting, bad parent book in The Mannequin Makers). I'm allowed to feel like we're not doing a great job IRL and look for a bit of help, eh?

I like to watch: arguing my way through the TV revolution by Emily Nussbaum (non-fiction, audiobook)

A collection of Nussbaum's columns, reviews, recaps and features (with a couple new/extended pieces covering #MeToo), it covers her thesis that, while TV has finally shaken off the junk culture label and its best work is rightly considered artistic and important, the "best" label is still reserved for predominantly male creators and masculine genres. The Sopranos rather than Sex and the City.

It's all convincing, but some of the later, capsule-sized pieces on individual shows like Law and Order SVU feel a little extraneous (the book is 380+ pages or 13+ hours in audiobook), but that aside: I'd recommend to anyone interested in TV and its relationship to other art forms and the broader culture.

I'm partway through a few more books that I'll finish and write-up in September, but in case I forget: 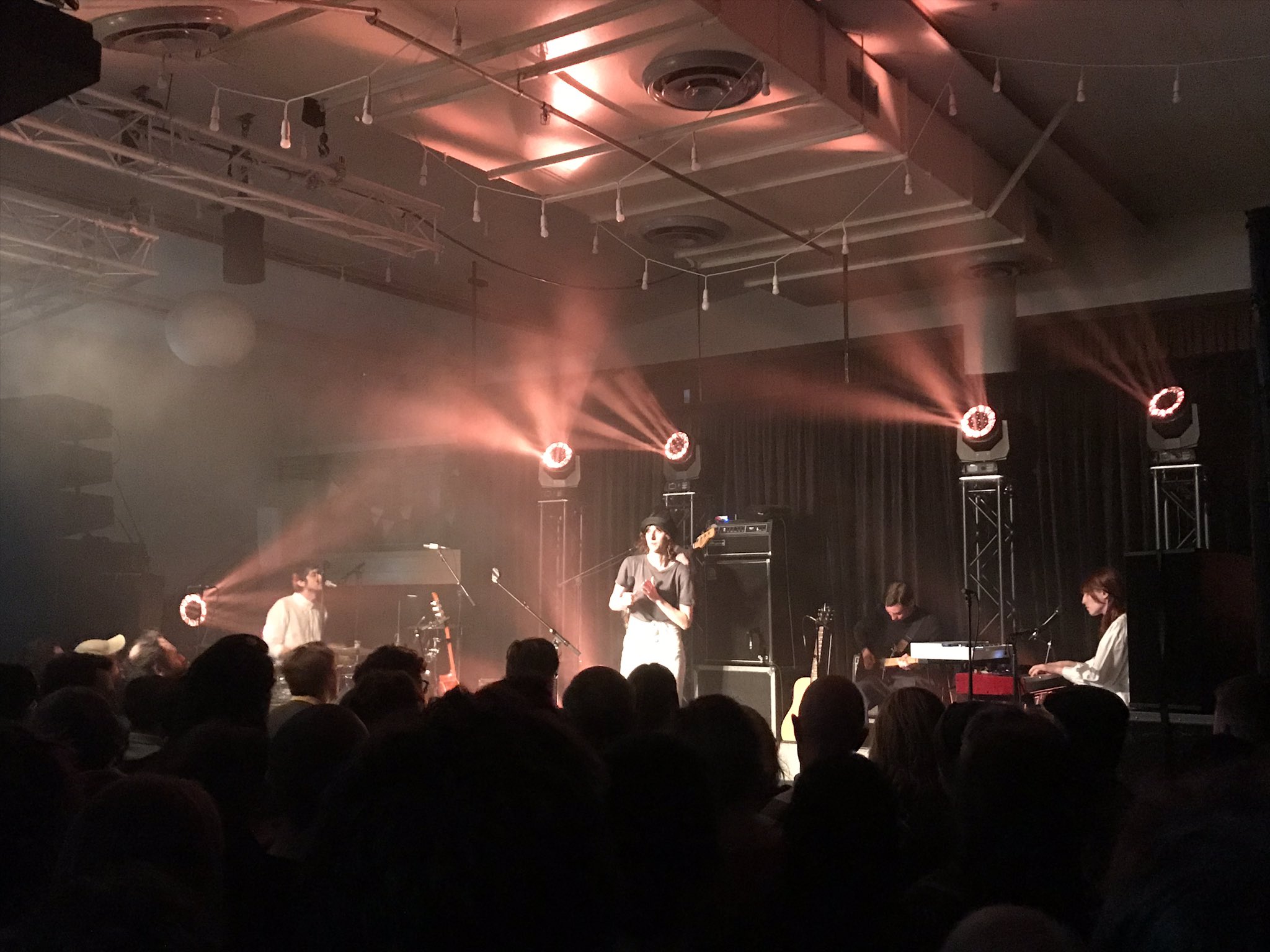 On Friday I went to see Aldous Harding at the Hunter Lounge, which is in the student union building at Victoria University. It was a terrible venue 18 years ago when I went to my first, drunken Orientation gigs (Tadpole, anyone?) and it's worse now that I'm a less-drunk, more fusty thirty-something middle manager. I've never heard the chatter of people in the back half of a venue so loud, so oppressive.

The fact that Harding sat down for many of the songs and the stage wasn't very high, may have caused some at the back to disengage, so the venue did her no favours, but fucking hell people, you paid good money to see the most unique musical artists of any generation or form, and you can't shut the fuck up for 90 minutes?

Because, venue and a portion of the punters aside, the show was insanely good. (Shout out to Harding's backing back who were amazing, too.) 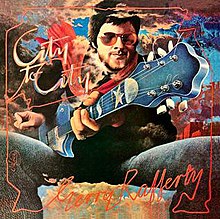 We were clearly watching someone who has already ascended to a special, global (albeit niche) plane with songs like 'Fixture Picture' and 'The Barrel' (notably she didn't play either of her two most popular songs from her previous album, 'Horizon' or 'Imagining My Man'), but she more than hinted that she was already breaking through further barriers with her cover of Gerry Rafferty's 'Right Down the Line' and the new song that capped the encore 'Old Peel'.

I had a fan girl moment with the Rafferty cover. City to City is an album I've listened to a lot over the last 3 years, and I repurposed 'Right Down the Line' as a movie title for the fictional, feted director, Frank Motta, in Nailing Down the Saint. There was no levitation on Friday night, but it was levitation-adjacent.