This Fluid Thrill Awards: best books I read in 2018

Some stats and reflections on my year in reading make up the 2nd part of this post, but lets kick off with: 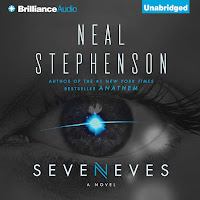 
...In the wrong hands, Seveneves could go down like the proverbial nickel and iron asteroid/balloon. All that detail. How the International Space Stations works is one thing, but how public transport works across a network of orbit chain-shaped habitats 5,000 years after the moon explodes... that's something else.

So I get that this isn't everyone's cup of tea.

But I like a strong brew...
It was both too long (880 pages or a day and a half of non-stop audio) and not long enough: the second half feels slighter that the first; it's revelations were satisfying but I could have spent another hundred pages each with the Pingers and the Diggers and how they worked.


...Heti's reconstruction of the novel form as something based on thought and deliberation (in this case, whether it's okay not to have kids), rather than drama and conflict, is both appealing and incredibly dangerous.

For all it's seriousness, I found it incredibly funny. Especially the way the adapted I Ching... gives the novel a feeling of being written in real time. Even though it's random, so many of the responses are so perfectly mischievous and gnomic (like a good piece of AI poetry) that I couldn't help be tickled. 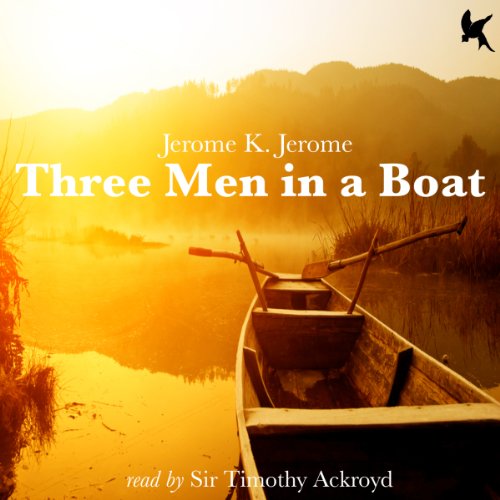 
Loved it. The funniest book I read all year.


The kind of book you nestle into, not because the content is comforting, but it's clear from page 1 you are in the hands of a master and you can just let yourself go with it.

What I said about it in April:


I've recommended this book to three people since I read it, each for different reasons... but each time with the caveat that the book is confusingly structured...

Still, it was the right mix of a secondary explainer of the work of others and more adventurous, more challenging thinking.


Loved this, too... All those extended sequences that fly the geek flag high (the immersive world of the Three-Body Problem game; the challenge of unfolding a proton into an 11-dimensional shape and then folding it back up again).


The Idiot is smart. And charming. And funny.

I was expecting something overtly smart (ie not that smart), like Jeffrey Eugenides' The Marriage Plot, but The Idiot isn't one of those campus novels. I mean, there is stuff about linguistic theory and Russian literature, but it's not like a hammer on an anvil.

Between the World and Me by Ta-Nehesi Coates (non-fiction, 2015)


The audiobook is read by the author, and I can't imagine receiving the content without Coates' delivery, which sounds a little like slam poetry, only tolerable...

While not everything about US race relations can be applied elsewhere, at a little over 3 hours, it's essential reading/listening for anyone.


If you're going to write about yourself as a white dude in 201X, I'd recommend reading Hodgman's book. He walks that tightrope between self-effacement and gratitude, and is funny the whole way through.

MY YEAR IN READING (FOR PLEASURE)

In 2017 I read 66 books. My favourite was Sam Lipsyte's The Ask. (I'm excited about Hark coming out this year in a matter of days!) But I was a full-time writer in 2016 and in 2017 I... wasn't. Though I still had to finish off the manuscript for Nailing Down the Saint and negotiate the editing process.

For a start, I didn't read any poetry collections in 2018. Reading just one collection a month would have got me over the line.

What did I read?

The 70/30 split between fiction and non-fiction is about the same as last year, though the fact I don't count reading for research, or podcast series, tends to depress the non-fiction figures.

How did I read it?

Last year, audiobooks made up 71% of my "reading". I noted last year how a heavy reliance on audiobooks naturally limits the scope of what you can read (see: Who did I read? below), though setting targets and rules can help in a lot of ways.

In defence of audiobooks, I think listening to so many has improved my prose and I definitely know it has improved my ability to edit. Words on the page aren't the living object - it's only when they're read by someone (whether in their head or aloud) - and the sound of those words in sequence, the cadence of your message, is just as important as the meaning.

Who did I read?


You may have seen that I previously tweeted my 5 favourite books from 2018... well, only two of those books cracked my top ten (though Rachel Kushner and Leni Zumas would be 11 and 12 on the list if it went that far).

This is to say that current doesn't equal better. I saw someone on Twitter had a reading resolution to only read things that have been out for more than 2 years. That way, the books that are all hype and no substance should have evaporated and you have a better shot at reading the important stuff. But what's "important"? And if no-one reads (maybe just "buys"?) books the year they come out, contemporary authors will be schnickered.

So my reading resolutions for 2019 are the following: