I last did one of these best books posts for 2014.

What can be said of 2015 and 2016? The less the better. Fatherhood and middle-management and riding my bike in Wellington traffic (no way you can listen to an audiobook while riding in the capital) meant I didn't read enough to make such a list meaningful.

This isn’t counting the story collections I binge-read/re-read to research my paper on the moves in contemporary NZ short stories, or podcasts that closely resemble audiobooks (S-Town, The Butterfly Effect, Missing Richard Simmons) or anything else that didn’t self-identify as a book.

This is the part where I castigate myself for myopic reading and make excuses like it’s hard to find books by authors outside of the US/UK as audiobooks...

But I could have tried harder if I was really paying attention. I wasn’t. I was happy to be getting through more than one book a week and biting at whatever took my interest.

So for 2018 I’m imposing one hard, ALL CAPS rule (No Physical Books By White Dudes) and a some of softer guidelines:
# a 50/50 gender split would be fine in the context of 2018, but more females would be a better start in redressing what has surely been a longstanding deficit.
# more variety in terms of countries and work in translation (it wouldn’t be hard)

I’ll try keep track of this in my monthly consumption diaries so I don’t revert to type.

(This isn’t about saying you should never read a book by a white dude, but you’re missing something if that’s always the bulk of your reading.)

Anyway, here’s my top nine, headlined by a white dude. 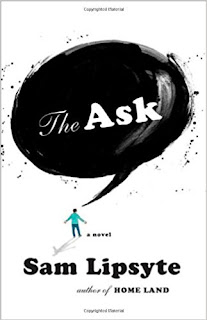 Or, as my wife would put it, this is a “ranty” book. Which means it keeps company with Philip Roth, Saul Bellow, Vladimir Nabokov, the fun half of every Jonathan Franzen doorstop, Kurt Vonnegut, Joseph Heller, Martin Amis – so, just the swinging dicks of the last 75 years. Not bad company. Not for everyone, but definitely for me in certain moods. This is the kind of book I wanted to write when I started writing seriously (...stops to do the maths…) fourteen years ago, when all I really knew were the swinging dicks. Now? I think it has definitely challenged me to ensure each page of my current novel is funny. Is tight. (So much of the humour comes from the concision.) 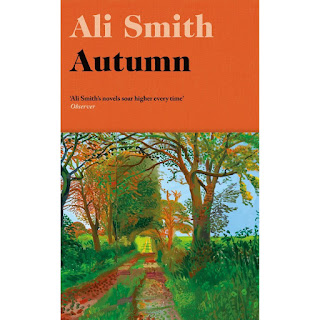 The second book I read on my phone, and hey, this was great. Better than Lincoln in the Bardo (sorry Booker judges).
Smith’s staccato prose and frequent paragraph breaks really suited the format. And it felt right (in an oh-so-wrong way) to be reading a post-Brexit novel on a phone. That early scene in the post office, trying to get a passport renewal form pre-checked, sheesh!

What I said about these four novels in June:

Did it hook me? Well, I finished all four books (none of them are particularly short - the audiobooks are 12.5hrs, 19hrs, 16.5hrs & 18.5hrs long respectively; 10 hours is kind of standard for a novel) in just over two months...

I can’t decide if the quartet is the result of incredible ambition or incredible restraint. Is it complexly simple or simply complex?...

Having freshly finished the books, I haven't gone back and read much writing about them, but I'm sure there's another four books worth of stuff on the question of authorship within the novels (let alone the 400-books worth of dross on the elusive author herself... All I can say is, if anyone had read all four books and still wants to track down the real Elena Ferrante, they're beyond dense). 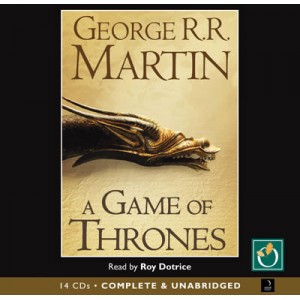 A Game of Thrones – George RR Martin (novels, US, audiobook)

I’m cheating again, as GRRM gets this high on the list on the strength of the first two books in the Song of Fire and Ice saga, which actually come as four audiobooks, each 16 hours or longer.

What I said about A Game of Thrones Pt II in November:

I think I’ve found the perfect kind of audiobook to race through: one you know the main plot points but are actually interested in the minutiae or being reminded of things you may have once known.

This may seem kind of high for some swords and sorcery doorstoppers, but the most recent season of the TV show (where they are well and truly ahead of the books) demonstrates how important the books were to the success of the show. I like the show and I liked the books I’ve read and I’m not snooty about giving props to someone who has entertained me for hours and hours. 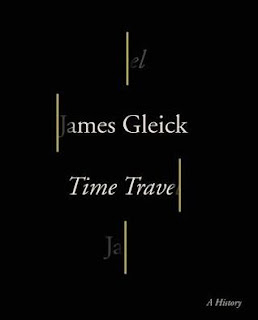 What I said about it in April:

Gleick's book was really good. Like one of those popular histories for people who like to think they're too smart for popular histories. Most of the recent time travel books/films I thought about during the earlier sections were mentioned later on in the book - but by then Gleick has abandoned literary criticism for theoretical physics and philosophy. Which is fine. This is the guy who wrote a book about chaos theory.

But I think there's another book (or at least a few decent chapters) on what people are doing with time travel after a century of the genre, and dismantling this from a predominantly literary perspective.

Honorary mention to The hidden life of trees by Peter Wohlleben, which I read soon after Gleick’s book and is about another kind of time travel (life at a different speed). 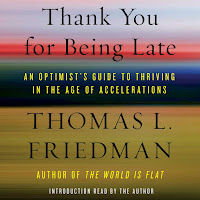 Thank You for Being Late – Thomas L. Friedman (non-fiction, US, audiobook)

Oh man. I don’t know how Thomas Friedman gets so much (the rapid pace of change of technology, the nightmares of climate change, demography, economic and political destabilisation) and yet comes out the other end as an optimist. I mean, I follow his logic every time, but it takes some fricken fortitude to stare into the omni-headed monster and prescribe the right dental regime to tame the stank and calm the beast.

I fear I’m becoming one of those middle-aged, middle-income, white dudes who loves non-fiction and wants to foist the latest book they’ve read on other people as it’ll explain the way the world is now. Because I had such thoughts with Thank you for being late. But then, when I was all in on fiction, I never went around foisting novels or story collections on people.

So maybe it’s just this book / this moment? I do think, if you’re going to read it, read it now. 2018 will be too late. The world will have moved on, and I fear Friedman’s optimism may be even harder to comprehend. 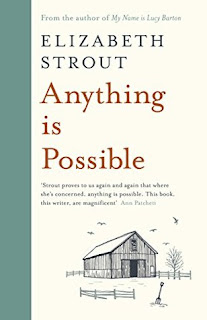 Anything is Possible – Elizabeth Strout

What I said about it in September

Anything is possible is certainly closer to Olive Kitteridge in scope, and the fact it picks up where My Name is Lucy Barton [which I read in August] left off might make it even more ambitious. I got the sense, mid-way into the second book, that both MNiLB and AiP had been originally conceived as a single book of connected stories, but the Lucy Barton section grew too big / had sufficient exit velocity to become its own thing, while the gravity of it still influences the stories/chapters in AiP. 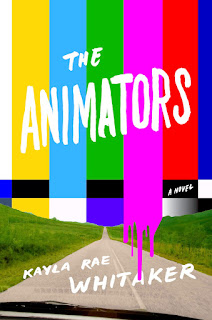 The Animators – Kayla Rae Whittaker
What I said about it in August:

…I’d recommend this book to most anybody. Whittaker not only gives us two memorable protagonists and embeds the creation of not one but two feature length animated films within the text, but totally gets inside the process of creating something other than a novel and the way an animator might see the world. 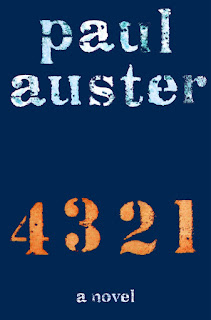 What I said about it in September:

...Auster’s two key weapons in sustaining interest and momentum over such a long book are prolepsis (telling us what will happen ahead of time) and ellipsis (leaving things out). I’m particularly fascinated by prolepsis – it’s a move a lot of writers don’t pull. And Auster isn’t a virtuoso like Muriel Spark in the way he uses it – he’s more plodding, more deliberate, less playful. But it’s still fascinating, especially as you need to keep straight which version of Fergusson's future we've been told...

But then, in the novel’s final movements, Auster attempts to tie things up in a way that befits the Master Metafictioneer he showed himself to be with books like City of Glass. But here it only served to unravel what had come before and leave me reluctant to defend his book in online comments sections. Maybe it was laboured and worthy? I mean, I wasn't listening to the same book as Auster was reading [the audiobook was read by the author].


To which I say now: Yeah, the ending still bites, but for everything that came before, I’m squeezing it into my top nine.