May is the month I finally got a feel for 2019 musically, from amazing albums from Aldous Harding and Orville Peck, to the fact my four year old wants to listen to 'Old Town Road' on repeat...

There There by Tommy Orange (novel, audiobook)

Wow. I loved this.

I was a bit apprehensive when the novel began with a long, direct address about the lives of urban Native Americans, particularly those in Oakland, and how they got there. I was thinking: Where can this go from here?

And then Orange begins to introduce a large cast of characters, each with chapters from their own perspective. Weird comparison, but it felt a bit like George R.R. Martin at the helm of another exploding narrative (albeit in a mix of first and third person).

So I was still like: How's he gonna land this plane?

And he fucking does!

There's so much heart in here it's easy to overlook the head required to corral so many moving parts.

Oh my god, I finished a physical book. And a NZ novel, to boot!

I really enjoyed this. It was dense in a good way. Not at the sentence level - at all - but the way there's all these time periods layered, geologically, and at various points we dig through from one time to another.

One observation: I kept forgetting I was reading a first person narrator. Peter Collie is so in check, in the beginning at least, despite the recent death of his wife, that it feels like a third person coolly narrating the story. I found this distance, ironically, pulled me in. What's up with this dude? Turns out, if you dig, plenty.


What? Two physical books in a month? Well, I did fly for work a little more than normal. And this one is only 87 pages.

Aira is an interesting writer. Whatever number of books I say here, he'll have published more than that by the time you read it. Wikipedia doesn't even try, listing only a "Partial Biography", comprising 73 novels published since 1975, and a bunch of other shorter works.

Is this a novel or a novella? It's unlike any novella I've ever read. It's so dense and direct. After reading Carl Shuker's A Mistake a couple of months ago, which is 182 pages, I've been thinking a lot about how to get in and get out in less than 200 pages. Aira has me lowering that page limit.

There's a particular kind of story that suits the level of compression and focus required to make it feel bigger than a short story but not leave you wanting more. The title of Aira's 2000 novel, translated by Chris Andrews and published by New Directions in 2006, tells you a lot about how this one works.

One thing that slim books can get away with: getting better upon re-reading.

Which is ironic as Aira claims never to go back and edit his work. That's how he can churn out three books a year, a superhuman feat regardless of length. The complete lack of editing is surely posturing. The way he leaves the date he finished the manuscript on the last page! But I certainly felt the forward momentum he claims comes, for him, only by laying sentence after sentence in an indelible sequence. 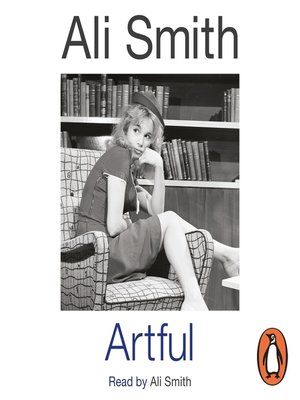 So, I thought I was going to listen to four lectures Smith delivered at Oxford, now read by the author herself in audiobook form - and this was true. But those lectures took such an inventive form that once can only refer to the resulting book as a hybrid of fiction and non-fiction.

Artful served to reinforce a couple of things.

And: I could never do that! I don't think it's meant as an intellectual flex, but the connections she draws across literatures (albeit predominantly European) is impressive, and then to do it within a frame narration that is heart-breaking? 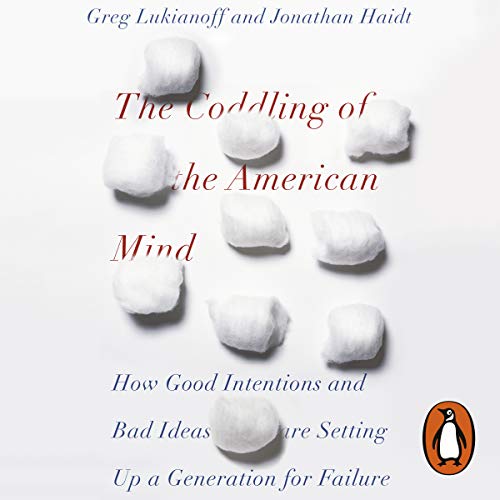 The Coddling of the American Mind: How Good Intentions are Setting Up a Generation for Failure by Jonathan Haidt and Greg Lukianoff (non-fiction, audiobook)

I'm only halfway through. I had to stop as this book was making me overthink a lot of things.

There's plenty to agree with here. Call-out culture isn't something we'll look back on and say: that's where things started getting good. It makes me anxious even saying anything about call-out culture.

But there was an underlying tone in this book. The glee it felt in focussing on left-wing examples of violence and hypocrisy and blinkeredness and general badness. I couldn't stop thinking about Trump's "on both sides".

So I hit pause and I'll try finish it next month. Because muting isn't the solution when dealing with confronting ideas and material.

My reckons, briefly: the final season was rushed. It would have been so much better if it was stretched into 10 episodes. There were at least 10 good episode-ending beats. A little bit of extra time for the big events to breathe. No need for any more CGI or crowd scenes: just people talking in rooms or on ramparts. You know, the show's bread and butter until the checkbook was opened too far.

Back when the show behaved liked TV, with all it's budgetary limitations and workarounds (see all of Rob Stark's off-screen battles in the early seasons), there was nothing but time. But it morphed into a full-blown fantasy-action epic with cinematic budget (and the echoes to Peter Jackson's Rings films got more and more pronounced), while still obeying something resembling a TV schedule. 6+ hours of content delivered over a 2 year period? No wonder everyone involved, from the makeup artists to the showrunners, wanted the dream to end. The fact 2 of those 6 hours were effectively action sequences (battles of Winterfell and Kings Landing): that's a lot of time and cost and effort that simply wasn't part of the formula when Thrones was building its fanbase.

So effectively four hours to explain everything that had built up over almost 70 hours previously? Ouch.

And then there's the expectations of the audience.

A lot of people were watching the show wrong (ha!). The death pools that people ran at the start of the season, as if that's the most interesting part: seeing characters die. Some people were only there for the cinematics. For the CGI dragons and the army of the dead. And then they have the gaul to join the chorus of people criticising the scripting and execution?

If you set aside the fact things were incredibly rushed, did any of the major plot points come without heavy foreshadowing? What Arya achieves in episode 3 was built up for seven seasons! (I concede her "leap" was poorly shot and did this plot point no favours.) Daenerys' heel turn: did y'all not watch the first half of Battle of the Bastards? And all of that Jon being Jon. The thing that becomes apparent when rewatching the show was how shit of a military commander Jon is, how frequently others bail him out (Stannis, the Knights of the Vale, Arya, Drogon) and how he'll never fully exercise his agency.

Season Six was when the show well and truly left the books behind and rewatching it in tandem with the last couple of episodes of Season 8 demonstrated the showrunners were working really hard to get to their ending. But a lot of people's reactions reflect the fact it was 2.5 years since season six aired and people just don't have good enough memories.

Small, non-spoilery example: two of my friends mentioned they didn't remember who Edmure Tully was when he stood up and started to pitch himself as the next king in the final episode, despite him being prominent in the siege of Riverrun late in Season Six (and his earlier significance leading up to the Red Wedding). So that whole 'Sit down Uncle' bit made them shrug.

Endings are hard. Game of Thrones had it worse than most: a thousand strands to pull together, a rep for subverting expectations, millions of fans that rage from rabid to extremely casual but everyone feeling entitled to express their opinion in real time (and in an age when social status can be accrued through denunciation without debate), and doing so at double speed.

But to say the final season should be handed to someone else and reshot? Every one of the signatories for that petition should be forced to make their own piece of art, a short story or film or script for a single episode of TV, and then reflect on their right to demand greater satisfaction from the labour and creativity of others.

Season 1 didn't wow me until late in the piece, but with 30 minute episodes and 8 episode seasons, I was able to power through quickly and become hooked.

NoHo Hank is one of the better characters in TV history and it will be interesting to see how the show balances the need to give us our Hank fix without imbalancing things too much.

I love that the show feels so free to take risks, like the whole supernatural Taekwondo 12 year old in Season 2, or the way the inspecting officers don't stick around long. There's a bit of Thrones (at least, what GRRM wrote) in this ruthlessness.

Isle of Dogs (watched in April, I think, but I left it off that list because it was... regrettably forgettable)