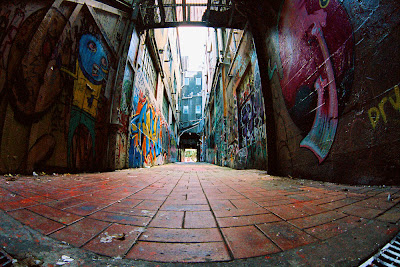 I chose to tackle the triolet this week because it was the second shortest of the four forms I said I’d attempt this month, so it was both less daunting than a villanelle and didn't require the ascetic syllable counting of a cinquain.

The triolet is still brief (8 lines) and constricted by its repeated lines and use of two rhyme sounds -- and after my first attempt, one may conclude practice with longer forms is desirable.

Whether I return to the form again remains to be seen. So much depends on lines one and two: one you’ve written them, you’ve only got to write three new lines (lines 3, 5 and 6), and even they need to fit the rhyme scheme established by the opening refrain. The challenge is to move the refrain somewhere else, but with little room to enact this movement.

Here are a couple of triolets which I think are successful in achieving this ‘movement’:
Thomas Hardy's 'How Great My Grief' (discussion of the poem and triolet more generally here)
Frances Cornford's 'To a Fat Lady Seen From the Train'
Sara Teasdale's 'Written in a copy of the Poems of Sappho' (scroll down to III)

And since I’ll be trying out three other poetic forms this month, I figure why not get systematic about things and list 3 pros and 3 cons for each form I attempt?

Pros
1. Once you’ve got you’re first two lines, it’s relatively quick to fill out the rest of the poem (but it’s a hard road finding your first two lines that can reappear as they must and say something new).
2. The repeated lines lend a rhythm to the poem, and I think this would be effective when read aloud, especially for such a short piece.
3. The brevity and restrictions force the poet to make the most of every word.

Cons
1. Finding those first two lines sure can be difficult.
2. I’m not sure about the ABAAABAB rhyme scheme, but I guess nothing is stopping me from rocking an ABBABBAB…
3. Rhyming generally (I haven’t rhymed on purpose for a long time: as my homeless/success/excess rhyme will attest).
at 8:09 PM

Email ThisBlogThis!Share to TwitterShare to FacebookShare to Pinterest
Labels: poetry

I'm enjoying the blog and looking forward to seeing your work in the next Enamel. Thanks for your post on the triolet.