I’m not gonna give anything away plot-wise, just post YouTube clips about some things that feature in my novel-set-in-the-past (publication date: some time in 2013).

I think we can agree mannequins can be scary. There are a lot of images of scary mannequins on the internet. I prefer to stand on the other side of the uncanny valley and consider what happens when mannequins achieve their aim of being alluring and seductive, rather than when they fall short.

But there’re interesting in other ways too. Like this robotic mannequin from Estonia.

(I also love/hate the way the Aussie anchorperson says the ‘qu’ in mannequin, and says Fits Me, with which is how Australians say TradeMe).

Plenty of David Attenborough-y clips to chose from, but why go past Monty Python?

I’m not going leftfield this time. Here’s Eugen Sandow, the dude who figured out how build a commercial empire from a decent set of pecs and, some say, invented body-building in the process.

Here he is in an 1894 Souvenir Strip for the Edison Kinetoscope (he was pals with Thomas Edison – don’t hate him for it).

This clip wasn’t around when I first started researching, but it shows a lot of different figureheads which were housed inside the Cutty Sark, the most famous tea clipper, prior to the fire in 2007. The Cutty Sark re-opened after extensive renonvations on 25 April this year. Anyone been? Would love to take a keek nice time I’m in that hemisphere.

NB: You’re liable to be lulled to sleep by the music (and I’m guessing your less-than-obsessive interest in figureheads.

... and the inevitable shipwreck

Because no playlist would be complete without the Tragically Hip, here’s them performing ‘Nautical Disaster’ on Saturday Night Live in 1995:

(Bonus points for the young Gord Downie looking a lot like Sheldon Cooper, if he stood up from the keyboard and sang CanRock) 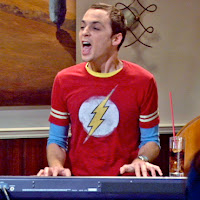