Square brackets left so far: twelve, the longest being: "[whatever it’s called when they rappel down the side of ships to paint them, etc]"

Time for a shower.

Slower progress the last couple of hours as I've run up against a few question marks that cannot be square bracketed. Plus got a bit distracted by http://en.wikipedia.org/wiki/Trindade_and_Martim_Vaz.

Recent distraction: our bogan neighbours in the downstairs flat have moved out (yay) and left the place in such as state that the unseen owners have had decorators around most days the last two weeks. Yesterday they ripped all the carpets out. Today there's a lot of banging I can only imagine means they're tacking the new carpet down.

I'm off for a walk and a bite to eat, then back to it.

Back from a walk down to Lyall Bay, listening to Nicholas Nickleby on my iPod. Beaut day out. Hard to get back into it.

Checked my emails. Checked twitter. Seems I've been found out:

Guess I have to push on.

(I'm honestly not doing this as an attention grabbing exercise -- I don't even think it's very interesting, someone writing about how many words they've written -- but it sure is a good productivity tool...)

Yeah, I totally blame Spoon for me only writing 170 words in the last three hours.

What have I achieved since lunch: inserted a chapter break. Read the first story in Breton Duke's collection, Bird North. Washed the dishes.

Yeah, cricinfo's got nothing on me!

Ugh! Brain-mush. Lemon and Ginger Tea. Inappropriate Capitalisation. The Stone Roses, The Complete Stone Roses (I'm not sure how I feel about them reforming; in isolation I think it's cool, never having had the chance to see them live the first time around [not that I'm planning a trip to Madchester anytime soon], but along with every other fucking band from the last thirty-eight years that ever released an LP...). Finger fatigue. Poor paragraphing. Can you get cauliflower ears from headphones? Time spent on Flikr looking at Rockhopper Penguins (can't link, bird photo). I have some great NZ Falcon shots, dammit. Back to work.

Which means we've come to the point in the evening where I look to bend the rules and find easy ways to increase the word count (this post is about 700 words long at the mo, and would have counted under my 2008 rules, but not today). In the words of Mr Mantalini: 'Demnition!' 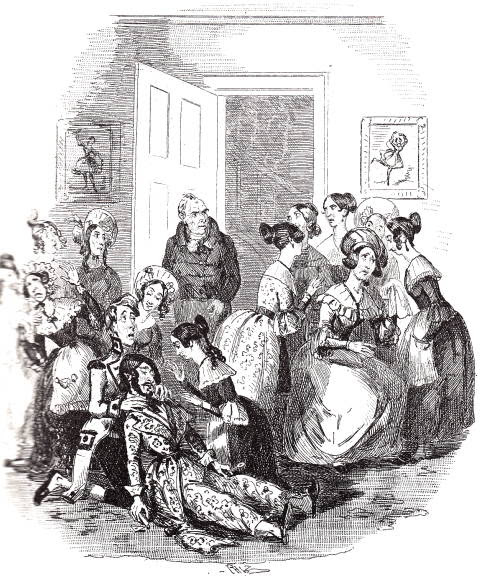 I took a sizeable break to cook tea (pasta with basil and fresh tomatoes). I like cooking but I loooove cooking when I should be writing.

But I've been hard at it the past hour or so. The problem is, I've written eight pages of text today and I'm having trouble keeping all the implications of the decisions I've made to put those pages together in my head in order to make the next set of decisions. For example, the main character met a character today who seems nice but this could just be an act. I wrote the scene so it could go either way, thus giving the reader a bit of intrigue. Now that things have moved on a bit, I'm at that point where the new character reveals if he is   nice through and through or a duplicitous bastard. I wrote a couple of sentences with him as a baddie, then decided maybe he can be nice [like the Cheeryble Brothers? Newman Noggs? Kate? Nicholas? Smike? Nicholas Nickleby has a lot of pure-hearted characters, they almost seem to outnumber the blackhearts].

Anyway, I've been re-reading a lot of what I've written to make decisions like this.

NB: He either needs to be a blackheart and live or a pureheart and die. That's fiction folks.

Thanks for the comments and encouragement along the way. My better half even kept herself scarce this evening (actually, all I got was a text saying she'd be home late... if I wasn't so written out I might have gotten the wrong idea).

You know what that means?

Sustenance for the last push provided by a vanilla cornetto (thanks Daz).

Inspiration (if such a lofty word can be applied to an arbitrary achievement / incremental progress on a novel that might be total tripe [or maybe just the 6,000 words I wrote too quickly today...]) provided by my kindly commenters (and the other silent visitors, all 63 of you... even the one from Miami who came here after Googling ""Billy Preston" AND "Nothing from Nothing" AND "play list" OR playlist AND party -lyrics") and... BIRDS!!!

Some conclusions: It's sixteen plus hours since I first sat down at this computer. That's far too long. I think if I stopped at 10:46am that would still have been a solid day's writing SO LONG AS I sat down the next day and churned out another 2,775 words. But that's just not how things have been going for me and THE NOVEL lately. I needed to beat it into submission. My poor fingers certainly feel as if they have administered a beating to something.

The question remains: how much of today's 6,000 or so words will remain after the final edit? Right now, they're all my babies. And I need some sleep.

I just consulted my wordcount spreadsheet from 2008 and it turns out of the 6,376 words I wrote on 10 December that year, only 3,374 were on short fiction (presumably all on 'Unnatural Selection'). The remaining 3,002 words were expended on blogging (my best books of 2008 post I guess) and poetry! What a rogue I am. Spending twice as long on the one project than is healthy in the one day! (I kinda suspected this might have been the case, that's why I didn't check until just now).

Yahoo! [Or whatever people shout when they are cheering from the sidelines]. 'You can do it!'? And all that. Have fun. I love bird pictures.

Seriously, this may not be very interesting in your world, but it's my key procrastination tool for the day. And no, I do not want to talk about what's going wrong in my life when this very geeky, very slow motion version of cricinfo is helping me get through it.
So moral of the story, no pressure, but the people need this small victory.

you planning on checking the updates till the end?? makes me think of telethon...fyi i wont be staying up in my sleeping bag just to see the ticker tick over.

come on!! almost there.

as an aside, 'wasting everyones time'? ouch.