Bringing the heat: Fortnight 14 of The Burns

In context: this is my second most productive fortnight after Fortnight 12, but 8,440 in this fortnight 1st week is the highest single week wordcount.

After ten days of not working on my novel (friends visiting, trip to Catlins), I started reading through my manuscript from the beginning on the first Monday of this fortnight. By Wednesday I’d reached the end (circa 150 pages/50k words), having made some significant tweaks (moving the second part of a flashback to later in the manuscript, re-working some scenes, changing how a character speaks) which explains how I was able to keep the manuscript expanding on these days. There was also a lot of tszujing up/tightening at the sentence level.

As I said to my wife on Wednesday evening, this was the first read-through where I could feel myself enjoying it. Things were starting to click. The weight (or lightness) of certain scenes now felt right as they had their counterpoints in place (or I knew more about where they’d go and what they’d be).

There’s still a lot of work to do to get to the end of this first draft, but as I think I’ve said before, it won’t be a crappy first draft (or better not be). It should be more like draft 1.75. And hopefully I’ve been able to bottle enough of this optimism to carry me through the next few weeks and months of drafting (and the inevitable read-through where I feel like it’s all shit and what the hell was I thinking).

The first week I had two photoshoots and one interview.

The interview was with the Otago Daily Times for their annual piece on the Burns Fellow.

One of the photoshoots was with the ODT so they had something to go with the article. The other was for the Rogues Gallery of every past Burns Fellow in the University’s library. The photographer asked what I was working on, I told him a bit about my location scout novel and he suggested we head to the basilica in South Dunedin.

That place is fascinating. They’ve just spent millions doing it up, mostly the foundations and the exterior, and they’ve left the inside in a kind of sustainable state of decay. It’s very Italian.

I have seen the ODT piece or photo yet, but I've seen the one for the library and I'm not unhappy (can you ever really like a photo of yourself? Well, I can't).

I mentioned in Fortnight 13 that my internet at home was on the fritz. Well it took another week and a day to get that sorted. Or put another way, three phone calls and two emails with Slingshot, four calls with Chorus.

This meant we had to play catch-up with Game of Thrones last week when we finally got the juice switched back on. Having no internet (and rapidly depleted cellular data) is good for staying off Twitter, which helps stave off spoilers, so it wasn’t all bad. 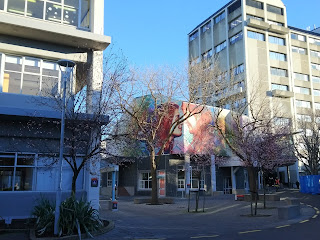 The day after I stayed home for Chorus to finally fix my home internet, I stayed home with my sick son. The next day I had meetings with people in town for most of the day and man, I was really missing my office at the uni by the end of it. It’s gonna be hard to leave those 12 square metres behind after Christmas. 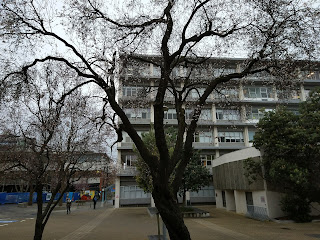 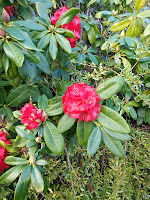 Last week was the first I noticed blossoms on trees at the uni and a few days later the red rhododendrons were out in force.

It's not completely dark when I have to wake my daughter up (she's a good sleeper, too good!) and it's still light while I cook dinner. Are you telling me that was winter in Dunedin?

Because that was nothing!

And I know there'll be shitty days every week from here to December. And there'll be that lamb-slaying storm in the first two weeks of September that should surprise exactly nobody.

That was mild. Pleasant even.

Remind me why I live in Wellington again? 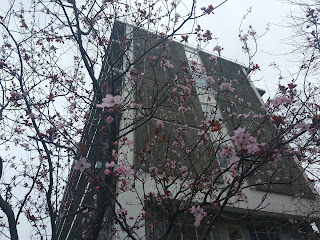